Home » Hip Hop News » Montrezl Harrell’s attorneys deny that he ever trafficked any drugs, after being hit with felony charge for possessing three pounds of marijuana; Could face five years in prison 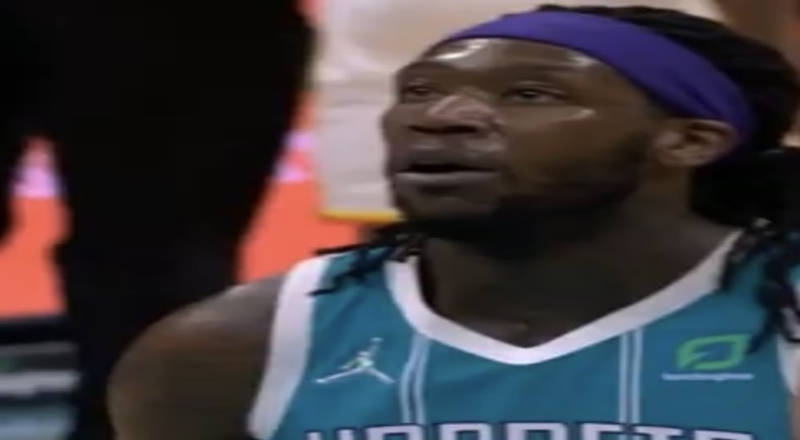 Last week, TMZ Sports reported that Montrezl Harrell of the Charlotte Hornets was arrested, in May. This was in Kentucky, as Harrell reportedly had three pounds of marijuana in vacuum-sealed bags, inside of a backpack, in the back seat.

Soon, Harrell was hit with a felony drug trafficking charge.. That arrest occurred after he was pulled over by Kentucky State Police. Harrell was cited, but could face five years in prison, if convicted.

However, Harrell’s attorneys, Drew Findling and Marissa Goldberg, are speaking out. They claim to TMZ Sports that the Hornets player has never trafficked any marijuana, or been a part of “any other illegal activity.” Also, Harrell was supposedly not the driver of the car, either.

“We want to be clear that Mr. Harrell was not driving the vehicle and following the stop he was only given a ticket to appear in court at a later date for a marijuana-related charge as were all occupants of the vehicle.”

Therefore, Findling and Goldberg also emphasized that Harrell is a family man, and has never been part of drug trafficking.

“Mr. Harrell was never placed under arrest. We believe that there are legal and factual issues with this case that will be addressed in court, if that becomes necessary. Mr. Harrell, is a devoted family man and a committed professional basketball player and has never been a part of any form of marijuana trafficking or any other illegal activity.”

More in Hip Hop News
Drake’s “Sticky” and “Massive” to be first singles from new “Honestly, Nevermind” album
Kimbella Matos responds to Erica Mena calling her a prostitute, accusing Erica of selling herself to a soccer player