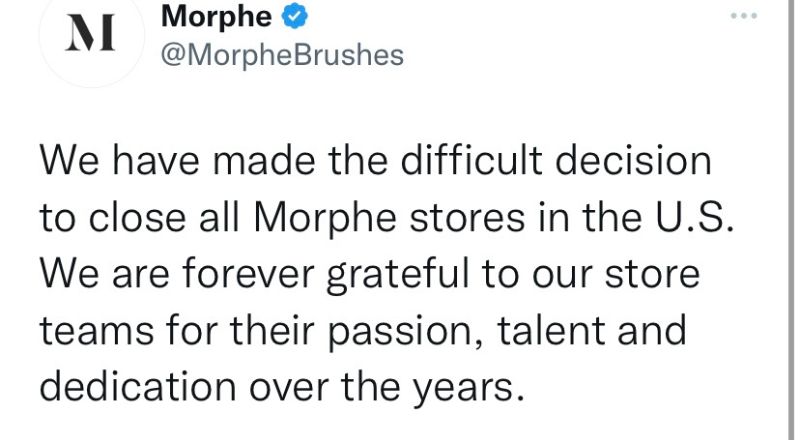 A popular makeup brand is closing its stores, leaving hundreds unemployed. In a shocking announcement, Morphe Cosmetics shuts down all U.S. retail stores, leaving the future of the brand unknown. Morphe broke the news via Twitter on January 5th, following multiple accusations from store employees. During the holiday season the brand’s poor work conditions became public, as a hashtag #justiceformorpheretailemployees went viral.

Morphe was once a top makeup brand, building an incredible following from social media influencers. Partnering with YouTube stars like Jeffrey Star, Shane Dawson and James Charles the brand gained millions of customers. Although starting off very successful, controversy from partnerships and multiple lawsuits plagued the brand. As more details surfaced about the brand’s bad business practices, their revenue quickly declined.

Once known for being affordable and accessible, Morphe’s reign in beauty may come to an end in 2023. Former employees continue to share their work experiences with details on abrupt layoffs and back rent at different locations. With more than a decade of influence in makeup and popular culture , it is unfortunate to see this happen. At this time it is uncertain if the brand will reopen any U.S stores however, customers can still purchase products from their website.