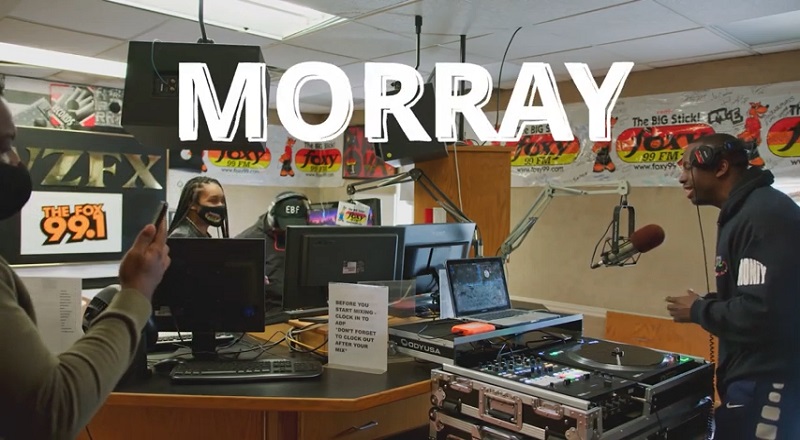 Currently, Morray is one of the hottest rising rappers in the game. Last year, Morray began taking the game over, as his “Quicksand” single was blowing up. 46 million views later, it looks like Morray is the next Fayetteville rapper to blow.

Morray is definitely one of the game’s rising figures and he’s making noise. Still, Morray represents his hometown, and does what he can for the city. After doing the “Trenches” video shoot, he also participated in the city cleanup, in honor of Upsouth30.

Recently, Morray visited Foxy 99.1, in Fayetteville, where he spent the afternoon with G Moniy and Tradia. Not only did he do an interview, he took over the mixshow, talking directly to the fans. Morray discussed past jobs, said he wanted to learn more about radio, spoke on the “Quicksand” success, the “Trenches” video shoot, and also what his future holds.