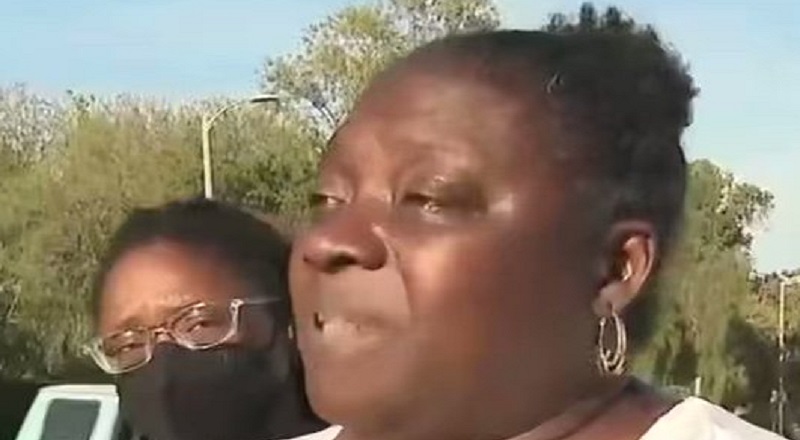 Mother throws up gang sign after saying her son was shot

Yesterday, there was a shooting that took place in Los Angeles. According to KTLA, there were some critical injuries. As a result, they interviewed some people close to the situation. The adoptive mother of one of the sons did an interview. During her conversation, the mother said she believed her son passed away.

Despite the woman revealing her own child passed away, she did not seem too concerned. Instead, the woman nonchalantly said this is how the game goes. Being a native of Los Angeles, the woman explained to the reporters that this is what life is like on this side of town. After that, there was a bit of an awkward silence from the reporters.

While the woman was speaking to KTLA, she began talking about the street life. According to the news report, there was a shoot out that took place in the Los Angeles area. As a result, KTLA sought to interview people close to the situation. The adoptive mother of one of the critically injured men was speaking to the media. As previously mentioned, she explained the street life in her interview. In the middle of her interview, the woman actually threw up a sign from her set. The video, which can be found on Twitter, has gone viral.

Mother throws up gang sign after saying her son was shot

More in Hip Hop News
Nick Cannon is expecting his second child with Alyssa Emm, a year after their first child passed away from cancer
Kanye West reportedly got escorted out of Skechers headquarters, after showing up unannounced; Skechers condemns his anti-Semitic comments