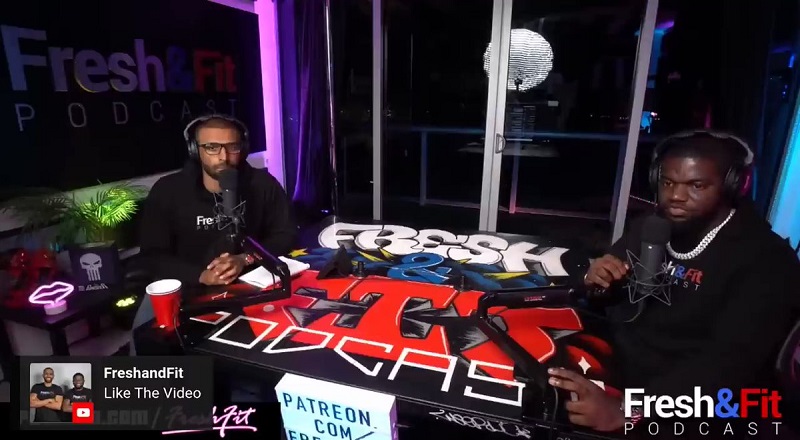 Myron Gaines has been one of the most controversial figures in entertainment, this year. Prior to January, Gaines was relatively unknown. However, Myron put the “Fresh and Fit” podcast on the map with his controversial statements about women. As a result, Brittany Renner came on the show, and called Myron out over his sexist remarks.

Myron Gaines immediately faced tons of backlash over his mean comments about women. Normally, Brittany Renner is a person who often catches flack, herself. However, she had the rare support of the people when she put Myron on blast. In the months since that incident, Myron has not been in the spotlight. However, he has continued doing “Fresh and Fit.”

Myron Gaines made more controversial comments, on “Fresh and Fit,” last week. During last week’s episode of the podcast, Myron Gaines decided to speak on racism. Earlier this year, there was speculation about Myron’s own ethnic background. Nevertheless, Myron Gaines offered his opinion on how race relations play out. According to Myron, racial discrimination and all of those issues are problems for poor people. As he elaborated, Myron said only poor people care about that stuff, and after getting that first $1 million, no one cares about racial issues.

"Race issues are issues for poor people of lower socioeconomic status — because when you start makin' millions of dollars, noone gives a FUCK about your race anymore. You become a fuckin' somebody and that shit starts to evaporate" pic.twitter.com/oYysrikGq8

More in Hip Hop News
Rihanna and her team are still deciding on whether or not guest performers will join her Super Bowl halftime performance
Tee Grizzley announces “Chapters Of The Trenches” album, coming on October 14