Home » Hip Hop News » Natalie Nunn posts pic of her food at Roscoe’s Chicken and Waffles, a day after PnB Rock was fatally shot at Roscoe’s 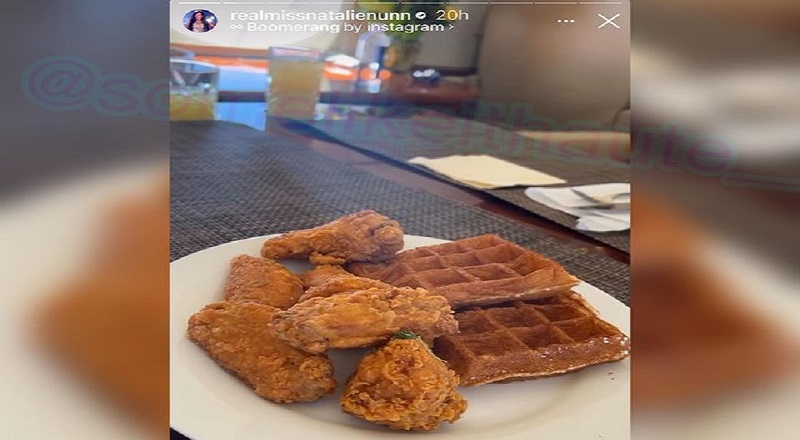 Natalie Nunn initially rose to fame, during the early 2010s. Back then, Nunn’s claim to fame was “Bad Girls Club.” As the social media era took hold, Nunn remained semi relevant. With the Zeus Network taking over, Natalie Nunn returned to prominence. They reunited the girls for a new franchise, “Baddies,” where Nunn runs the show.

Natalie Nunn is very active on social media. As a result, Nunn has to be aware of what happened to PnB Rock. Yesterday, PnB Rock and his girlfriend were in South Central Los Angeles. While they were out, they stopped by Roscoe’s Chicken and Waffles. Inadvertently, PnB Rock’s girlfriend posted their location. In turn, robbers arrived to steal PnB’s jewelry, leading to the fatal shooting.

More in Hip Hop News
LAPD tells pawn shops to be on alert of PnB Rock’s jewelry, in order to help track down suspect, involved in shooting of PnB
Tory Lanez’s trial, for Megan Thee Stallion shooting case, gets postponed