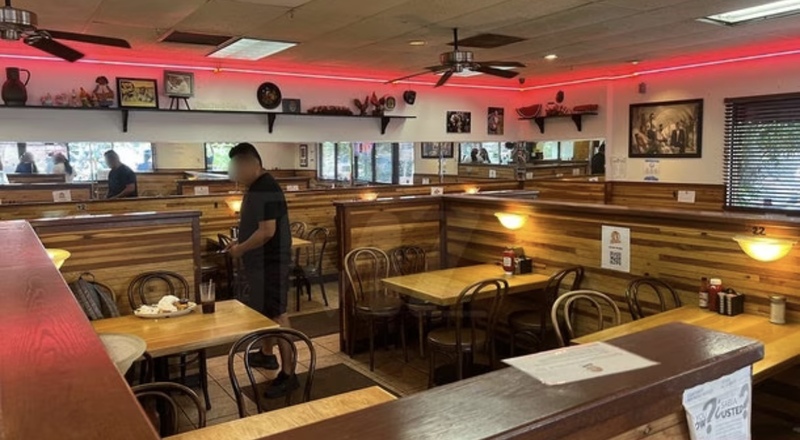 On Monday, the music industry was stunned to find out that PnB Rock was shot and killed, in Los Angeles. This was at the famous Roscoe’s Chicken and Waffles restaurant. This location in LA was reportedly on the south central area of the city, and considered dangerous.

At the time, PnB was with his girlfriend, Steph Sibounheuang, as a suspect soon came in, on a robbery attempt. PnB was targeted specifically for his jewelry, and was soon shot. Footage soon went viral of the Philly rapper lying on the floor, in a pool of blood. He went on to succumb to his injuries, at a local hospital. The shooter has yet to be apprehended by police.

As far as this Roscoe’s location, it was still open for business, on Tuesday. According to TMZ, it’s fully functioning, but there weren’t many people eating inside. Some employees were even understandably given the day off, considering how traumatic of an experience that shooting was.

Check out a closer look at this Roscoe’s Chicken & Waffles location in LA, a day after the passing of PnB Rock, below.

More in Hip Hop News
Cardi B donates $100,000, while visiting her former middle school, in The Bronx [VIDEO]
Lakeyah announces “No Pressure 2” EP, coming on September 23