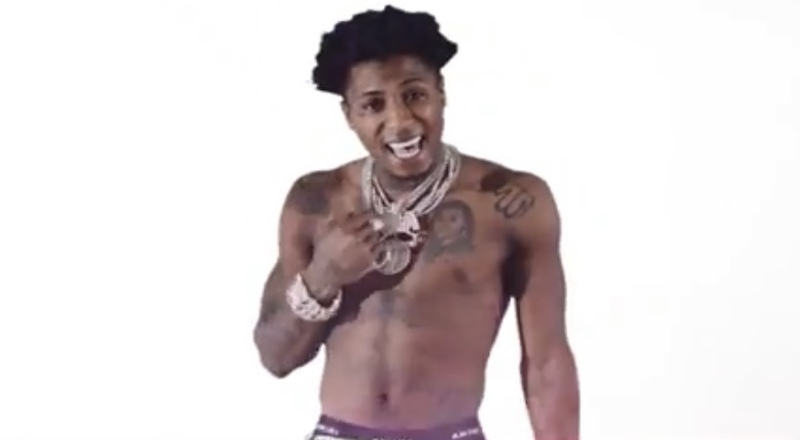 Last month, NBA Youngboy scored his second number one album, in less than a year. This was with “The Last Slimeto,” as it contained 30 new songs. Youngboy also collaborated with Quavo, Kehlani, and Rod Wave, on this album. Youngboy initially announced The Last Slimeto, over a month before its release.

Now, The Last Slimeto has already reached a key milestone. According to Chart Data, it has now reached gold eligibility in the US. This comes after selling over 500,000 units, in the US. Anticipation had been growing for this album for a month, as the release also came after Youngboy reportedly signed a new $60 million deal, with Atlantic Records.

Three days ago, Youngboy also released another project, which was his “Realer 2” mixape. This was the sequel to his 2018 project. 15 songs were included, including an appearance from his girlfriend and baby mama, Jazlyn Mychelle. This past week, the two also confirmed that they have their second child on the way, as Jazlyn’s baby bump appeared in his “Purge Me” music video. This will reportedly be Youngboy’s 10th child, just at the age of 2022.

More in Hip Hop News
YG explains how he finally got a feature from Nas, for upcoming “I Got Issues” album [VIDEO]
Saweetie’s unreleased “F.N.F.” verse goes viral, after it wasn’t on GloRilla’s official remix