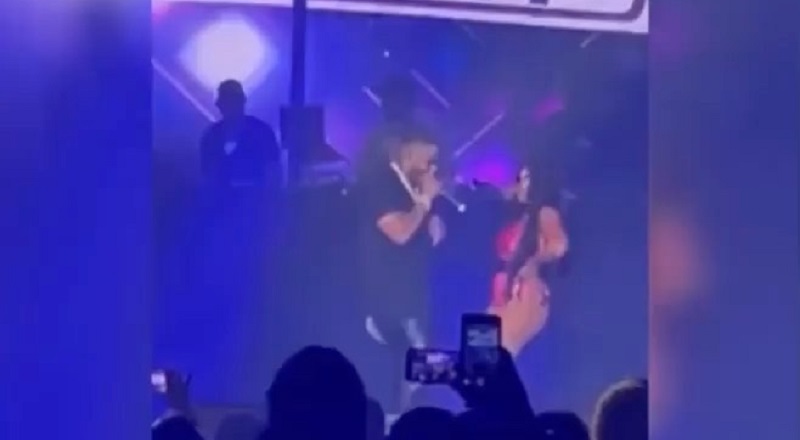 Nelly performs with Ashanti after Irv Gotti spoke on them

Nelly and Ashanti were always one of hip hop’s most interesting couples. In Nelly’s career, he was tied to various women. During the early years, Nelly was rumored to be with Eve. Obviously, Nelly and Kelly Rowland sparked rumors, after doing “Dilemma” together.

Nelly and Ashanti wound up together, but never confirmed anything. In later years, Ashanti spoke on dating Nelly, but this was after their 2014 split. There have been many rumors why Nelly and Ashanti never went public. All of this is back in the news, due to Irv Gotti.

Nelly began trending on Twitter, alongside Ashanti, earlier this week. Irv Gotti spoke on Ashanti and their relationship, on “Drink Champs.” Hilariously, Irv Gotti said he found out Ashanti was dating Nelly, while watching an NBA game with his wife. Obviously, Irv Gotti being married was a much bigger issue than Ashanti moving on. Whatever the case, Irv Gotti made it clear he considers Nelly to be a good friend of his.

Nelly pulled off a classic move, while Irv Gotti’s “Drink Champs” was premiering on YouTube. As fans watched Irv Gotti talk about Nelly dating Ashanti, Nelly was performing with Ashanti. The two saw each other for the first time, in years, on Verzuz. Almost a year later, Nelly reunited with Ashanti, and they performed “Body on Me.”

Nelly performs with Ashanti after Irv Gotti spoke on them