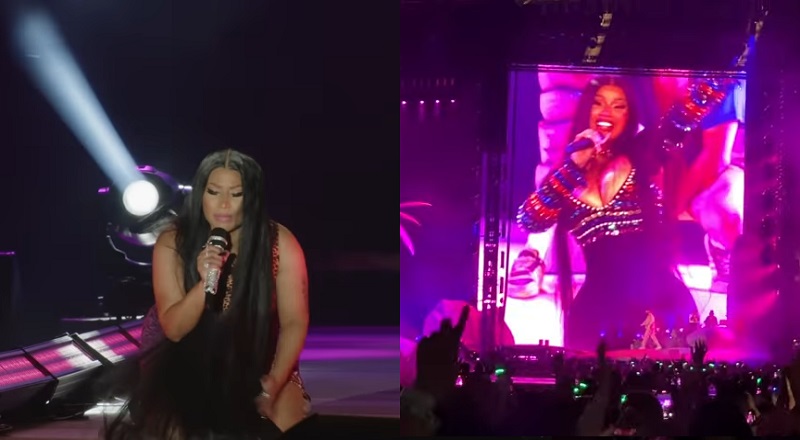 Nicki Minaj initially showed Cardi B a lot of love. In turn, Cardi gave Nicki her props as a legend. Briefly, the idea was floated that Nicki would jump on a “Bodak Yellow” remix. Unfortunately, that did not happen. Instead, Migos got Nicki and Cardi on “Motorsport,” and this is where the problems began. First, fans noticed that Nicki and Cardi did not appear in the same scenes, in the video. Second, fans assumed Cardi and Nicki were taking shots at each other in their verses. Later on, it would be discovered that Cardi requested Nicki to remove her name from her verse.

Nicki Minaj and Cardi B got into a public altercation, in 2018. Previously, the two were photographed at Met Gala talking to each other. In the photo, Cardi appeared to be only pretending to be cordial. When fans pointed this out, Cardi retweeted them. Here and now, Cardi B called JT out, after she appeared on Nicki’s “Super Freaky Girl” remix. After that, Cardi and JT engaged in Twitter beef, which has had fans talking. Seeing this, Nicki made JT her Twitter profile photo. As a result, Cardi went out and put Remy Ma’s face as her profile photo.