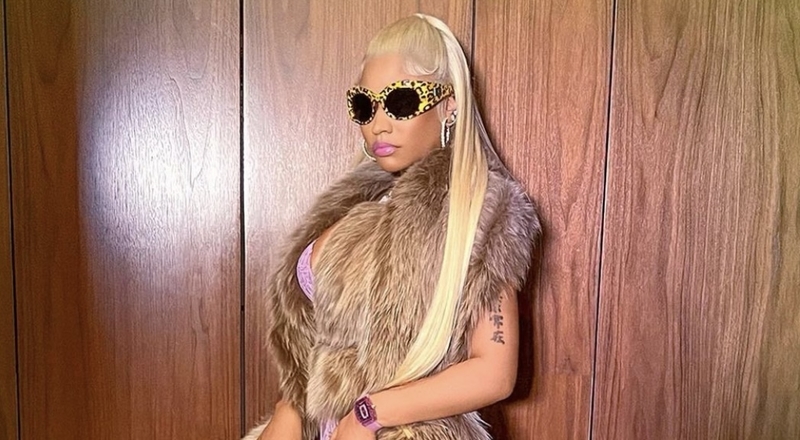 Last May, Nicki Minaj finally ended her music hiatus, by delivering a deluxe edition to her classic 2009 “Beam Me Up Scotty” mixtape, with it finally being on streaming platforms. These included new songs such as “Fractions,” and “Seeing Green,” featuring Lil Wayne and Drake.

Seeing Green ended up being one of the biggest songs of 2021, as it peaked at number 12, on the Billboard Hot 100 chart. Fans believed that Nicki, Drake, and Wayne each delivered iconic verses.

Now, Seeing Green has achieved a new milestone, since its release. According to Chart Data, it has now sold over 1 million units in the US. That now makes Seeing Green eligible for platinum certification.

Beam Me Up Scotty originally featured stars such as Drake, Gucci Mane, Busta Rhymes, and Bobby Valentino. This mixtape was released in April, of 2009. 2009 was also Nicki’s breakout year, as a Young Money artist. The rest became history, with Nicki establishing a legendary career.

In 2022, many believe that Nicki’s first album since 2018, will finally arrive. She’s already released singles this year, such as “Bussin” featuring Lil Baby, and “Do We Have A Problem?,” featuring Lil Baby. As of now, there is no official title for the album, or release date.