Home » Hip Hop News » Nicki Minaj files lawsuit against blogger Marley Green aka Nosey Heaux, after calling Nicki a “cokehead,” and saying her son will be a rapist 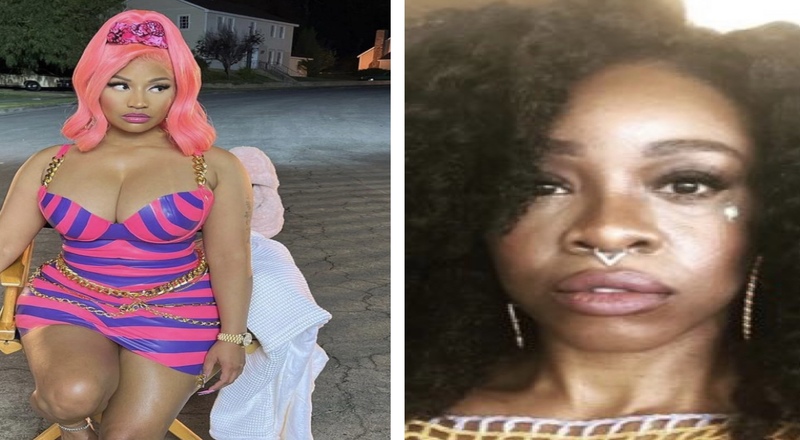 Over the past week, Nicki Minaj has been ranting on Twitter, over and over again. On her Queen Radio show, she also hosted a a “Nicki’s Tea Party” special, where she subliminally dissed other female rappers, and called out several bloggers.

Nicki went on to discuss filing lawsuits against one of these bloggers, and now, it is all actually happening. Nicki is now suing Marley Green, aka Nosey Heaux, according to TMZ. This is due to Green posting a video online, on Monday. It was there that she accused Nicki of being a “cokehead”

Green also called out Nicki’s 1-year-old son, by saying that he will go on to be a rapist. This is in reference to Nicki’s husband, Kenneth Petty, being a registered sex offender in New York and California. This is due to a 1995 rape conviction.

Nicki has denied ever using cocaine, and is suing Green for $75,000 in damages. Nicki’s attorney has since released a statement, and said this lawsuit will end up resulting in Green also losing her Nosey Heaux trademark. This is due to believing that Green won’t be able to pay the judgement.

Green has since said Nicki and her fans are threatening her online, and her claims are lies. She has since been using the hashtag “Surviving The Pettys.”

Nicki Minaj is unhinged and harassing me on Instagram. She doxxed me and sent her barbz to threaten to kill me. She’s been commenting under my IG posts since like 24 hours ago. No one around her is smart enough to just take her phone. #Survivingthepettys RT pic.twitter.com/72CC5J0tCw