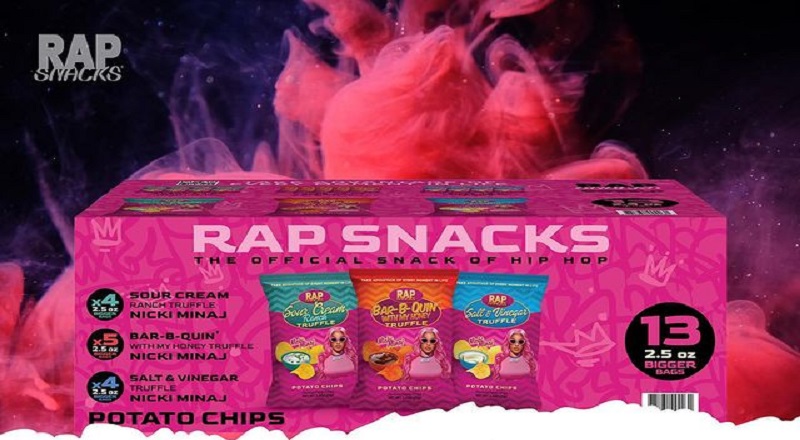 Nicki Minaj came into the game and defied all the odds. In 2022, Nicki had one of the biggest years of her career. When she returned with “Super Freaky Girl,” Nicki topped Billboard Hot 100 for the first time in her career. In addition, she became the first female rapper to have a single debut at number one. Now, Nicki is dominating Rap Snacks’ sales.

Nicki Minaj spent close to a decade as the only relevant female rapper in the game. During this time, she got into fierce battles with Lil’ Kim, Remy Ma, and Cardi B. The issues with Cardi B came despite the ladies sharing a track together. Actually, the origins of their beef stemmed from the “Motorsport” single.

Nicki Minaj is more than just another rapper, she is a cultural icon. With her “Barbz,” Nicki has one of the most loyal fan bases in the history of entertainment. Any time Nicki drops a project, or a product, her fans line up to make sure it is successful. This includes her Rap Snacks potato chips. When Nicki’s chips were released, they sold out within minutes. As a result, Nicki’s chips had to be restocked. After that, there was another sell out with the restock.