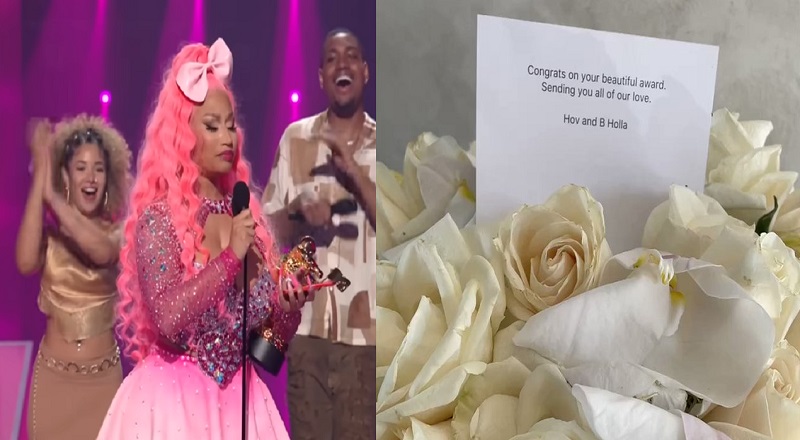 Nicki Minaj has overachieved from the moment she gained fame. After spending three years on the mixtape level, Nicki Minaj became a global superstar. Over the course of twelve years, Nicki Minaj has done everything imaginable for an artist to do. As a result, Nicki Minaj is viewed as one of the legends in the game.

Nicki Minaj was honored by MTV, over the weekend. At the 2022 MTV Video Music Awards, Nicki Minaj was given the Video Vanguard award. In addition, Nicki Minaj co-hosted the ceremony. Being honored with the Video Vanguard, Nicki Minaj performed a medley of her hits, over the years. However, given that she had the current number one song in the nation, Nicki also performed “Super Freaky Girl.” After that, Nicki won an award for her current work. Days later, Nicki shared the congratulatory flowers Jay-Z and Beyonce gifted her.

More in Hip Hop News
Megan Thee Stallion makes her film acting debut in “She Hulk” clip that was previewed online
T.I. speaks on his son, King Harris, acting out and says he’s going to prison if he keeps acting like this [VIDEO]