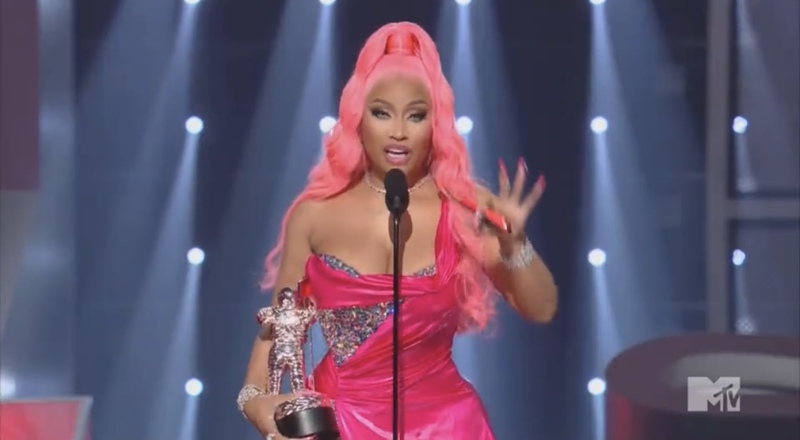 Nicki Minaj has been a huge trending topic, at Sunday night’s 2022 MTV VMAs. She won the iconic Video Vanguard award, and also delivered performances of some of her biggest singles, such as “Roman’s Revenge,” “Anaconda,” and her new chart-topping “Super Freaky Girl.”

In addition to Nicki’s Video Vanguard award and her performances, she also took home another VMA award. This is for her 2022 “Do We Have A Problem?” single, which also featured Lil Baby. This collaboration went on to debut at number number two, on the Billboard Hot 100 chart. It’s also certified gold in the US. “Do We Have A Problem?” is Nicki’s second collaboration with Lil Baby in 2022, as Baby was also featured on “Bussin.”

“Do We Have A Problem?” was able to edge out Kendrick Lamar’s “N95,” Pusha T’s “Diet Coke,” Latto’s “Big Energy,” Future’s “Wait For U” featuring Drake and Tems, and Eminem’s “From The D To The LBC,” featuring Snoop Dogg. Nicki now has the most Best Hip-Hop wins, with five, as she surpasses Young Money label mate, Drake.

Check out Nicki Minaj winning the VMA for Best Hip-Hop, below.

Continue Reading
You may also like...
Related Topics:Do We Have A Problem, featured, lil baby, nicki minaj