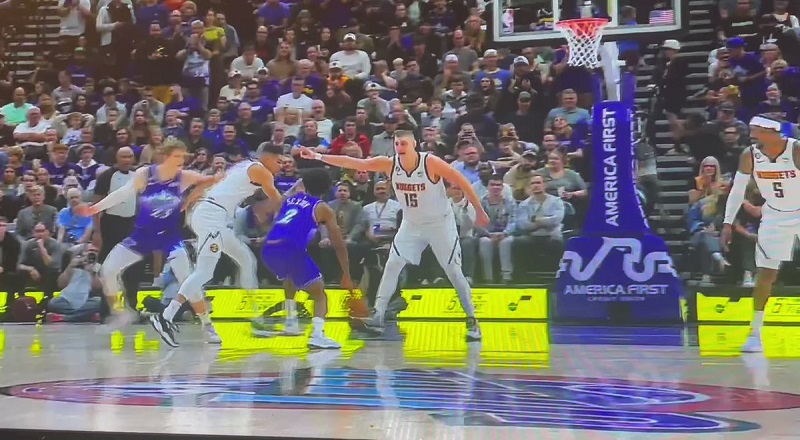 Nikola Jokic elbowed Collin Sexton hard after being scored on

Nikola Jokic rose to MVP contention, originally, during the bubble. Here, the Nuggets finished the season strongly, and upset the Los Angeles Clippers, in the second round. For the second time in franchise history, the Clippers blew a 3-1 lead, in the Western Conference Finals. Since 2020, though, the Nuggets have had their own issues. In 2022, they lost a quick five game series to the Golden State Warriors, in the first round, courtesy of Stephen Curry.

Nikola Jokic and the Denver Nuggets were heavily favored to beat the Utah Jazz, last night. During the offseason, the Jazz traded Rudy Gobert and Donovan Mitchell. Those were the Jazz’s franchise players. With them gone, Utah now looks to rebuild. Last night, it didn’t look like that was the case. At home, the Utah Jazz put on a show. Collin Sexton played like he wanted to take the MVP from Jokic. Once Sexton crossed Jokic up, he went after him. On the other end of the floor, Jokic elbowed Sexton to the ground.

Nikola Jokic elbowed Collin Sexton hard after being scored on

More in Hip Hop News
Kanye West calls Joe Biden “retarded” for not meeting with Elon Musk [VIDEO]
GloRilla is surprised, when finding out that London has a lot of foxes [VIDEO]