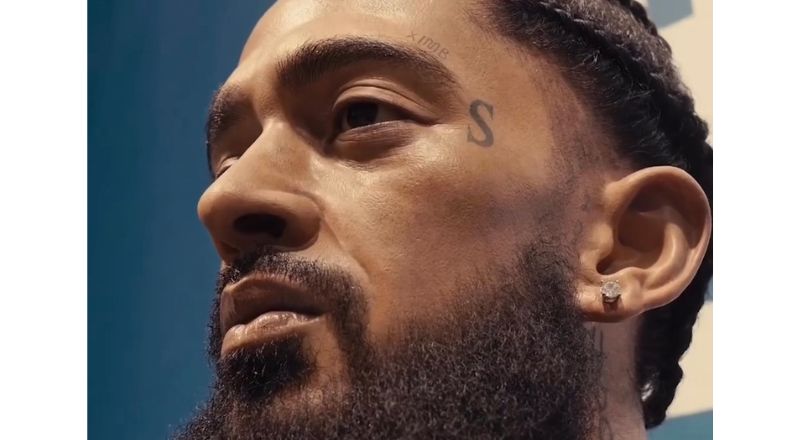 Nipsey Hussle wax figure created by an artist in Ohio

Nipsey Hussle continues to receive his flowers even after his untimely passing. An Ohio artist created the first wax figure of the slain rapper, capturing the rapper perfectly. The artist is Mr.Officials, a custom apparel company offering personalized merchandise and custom wax figures. In a video clip via Instagram, the Nipsey Hussle wax figure is revealed along with the process behind the creation.

Nipsey Hussle was fatally shot, nearly four years ago, in his own store. Since his passing Nipsey has left a devastating void in music. Although the man responsible, Eric Holder, has been arrested and charged, the loss of the iconic rapper is still unbelievable. Lauren London, the wife of Nipsey and mother to his youngest child, has kept his legacy alive since his passing. In addition to Lauren, multiple celebrities continue to pay respects to the rap star. LeBron James  announced a Nipsey documentary in partnership with Hussle’s Marathon Films is also in the works.

The wax figure of Nipsey Hussle is incredible as it captures him perfectly. With so much detail, the figure includes Nipsey’s braids, chains and signature tattoo’s. Mr.Officials posted a caption under the video clip stating the project took 9 months to complete. Although no visitors can see the Nispey Hussle wax figure in person, you can watch the video clip to see the amazing finish.

Nipsey Hussle wax figure created by an artist in Ohio