Home » Hip Hop News » Nipsey Hussle gets his own star, on Hollywood Walk of Fame, and his own day in Los Angeles, on his birthday [VIDEO] 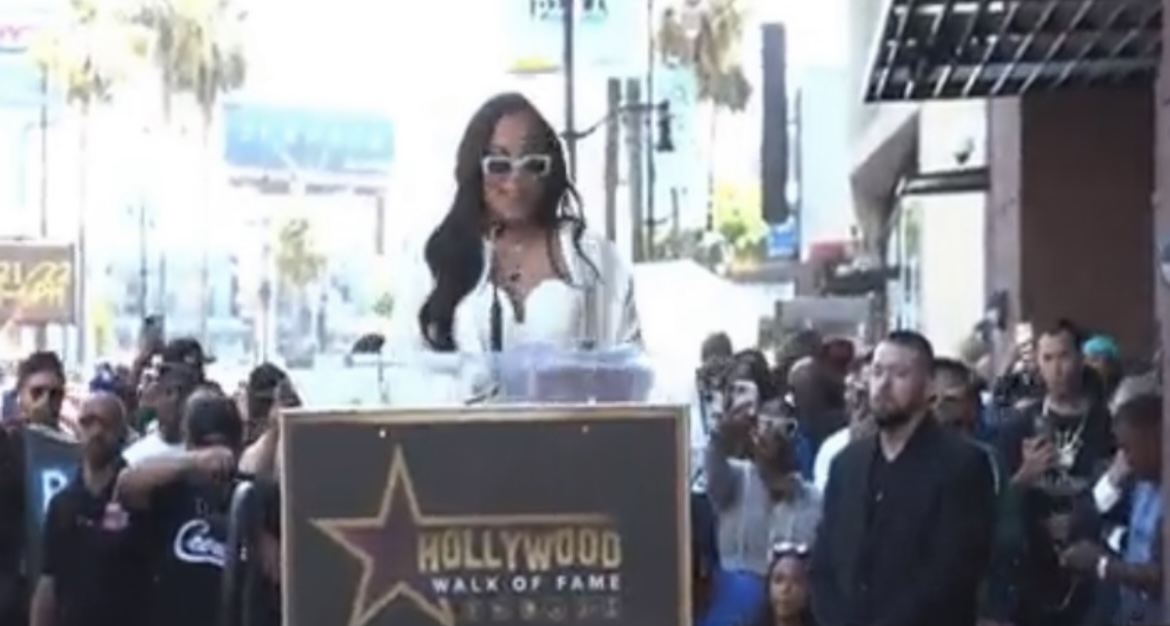 Last week, it was revealed that Nipsey Hussle would be honored with his own star on the famous Hollywood Walk Of Fame, on August 15. That would be his 37th birthday.

That time finally came on Monday, as Hussle was officially honored in his hometown of Los Angeles, with that Hollywood Walk Of Fame star. In addition to this star, Nipsey was also honored with his own day, in LA. This was made official by Los Angeles City Councilman Marqueece Harris-Dawson.

In July, Nipsey’s alleged killer, Eric Holder, was found guilty, in the shooting. This comes over two and a half years after Nipsey was killed in front of his The Marathon Clothing store. Holder was also seen in court during his trial, with visible facial injuries. This was due to him being attacked in jail.

Another Marathon store has been opened, in LA. A cannabis store in LA has also been opened in honor of Nipsey, which is The Marathon Collective.

Check out Nipsey Hussle being honored in Los Angeles, on his birthday, below.

.@LaurenLondon speaks before @NipseyHussle gets his posthumous star on the Hollywood Walk of Fame on what would’ve been his 37th birthday.

“Nip would’ve been honored by this moment.” pic.twitter.com/6dm66qv667

Continue Reading
You may also like...
Related Topics:featured, nipsey hussle

More in Hip Hop News
A$AP Rocky charged with two counts of assault with a semiautomatic firearm, after allegedly shooting A$AP Relli, in 2021
Ne-Yo gets put on blast by a transgender woman, who claims they had an affair; Ne-Yo speaks out and denies all of it [PHOTO]