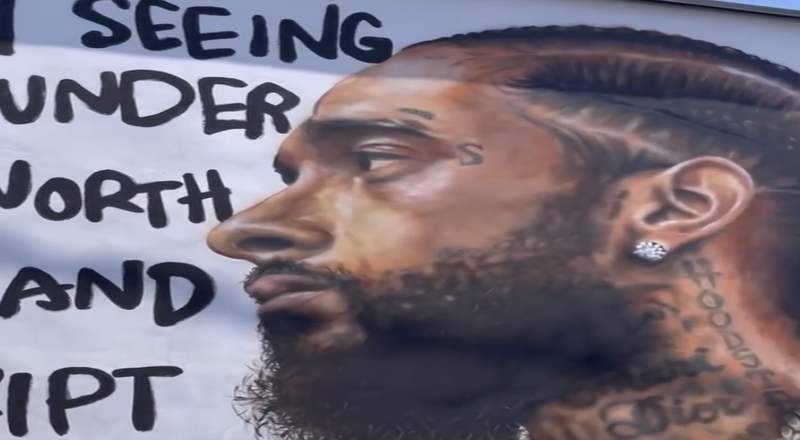 It’s been over three and a half years, since hip-hop lost a legend in Nipsey Hussle. The Los Angeles rapper was shot and killed in front of his The Marathon Clothing store, in his neighborhood.

“Marijuana, a lot of times people were going to jail,” said Nipsey’s brother Blacc Sam to CBS News. “Once it started legitimizing, it was a goal… We got to get into this legitimately.”

Eric Holder, the suspect in shooting and killing Nipsey, also had his trial started, last week, which included opening statements. Disturbing details were revealed, in how Holder attacked Nipsey, following the shooting. That situation is said to have went down, after Nipsey allegedly called Holder a snitch.

“I will say that I got somebody there on our end,” said Blacc Sam, about the trial. “A lawyer just kind of sending me the feedback so I can stay on top of what’s happening day-to-day. My mother and grandmother will ask me questions so I’ll give them the feedback.”

Check out the opening of The Marathon Collective, in Los Angeles, below,

Continue Reading
You may also like...
Related Topics:featured, nipsey hussle, The Marathon Collective