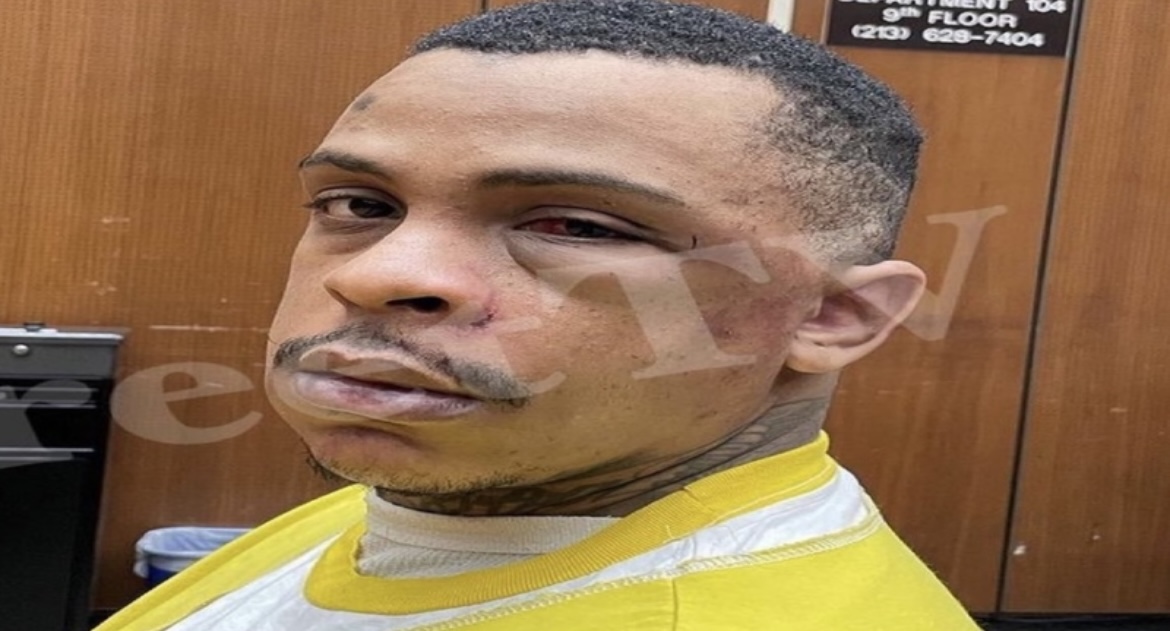 Nipsey Hussle’s killer shows off injuries after jail attack
Over a week ago, Eric Holder finally went to trial. The 32-year-old was arrested in 2019, after the fatal shooting of Nipsey Hussle, in his hometown of Los Angeles.

Prior to one of Holder’s court appearances to stand trial this week, he was attacked by two people, in his holding cell. TMZ reported that Holder was cut in the head with a razor, and needed three staples in the back of his head. In this attack, he also lost consciousness.

Holder ended up returning to court the next day, to stand trial again. Now, his injuries are even more visible, on his face. The area under his eye is visibly swollen, as it appears that he was punched there, as well.

Eric Holder faces life in prison, if convicted. He has been held inside an LA jail, over the past three years. He was initially arrested, after a citywide manhunt was conducted, shortly after Nipsey was gunned down, in front of his The Marathon Clothing store, on Crenshaw Blvd and Slauson Ave. Holder allegedly accused Nipsey of yelling others that he was a snitch.