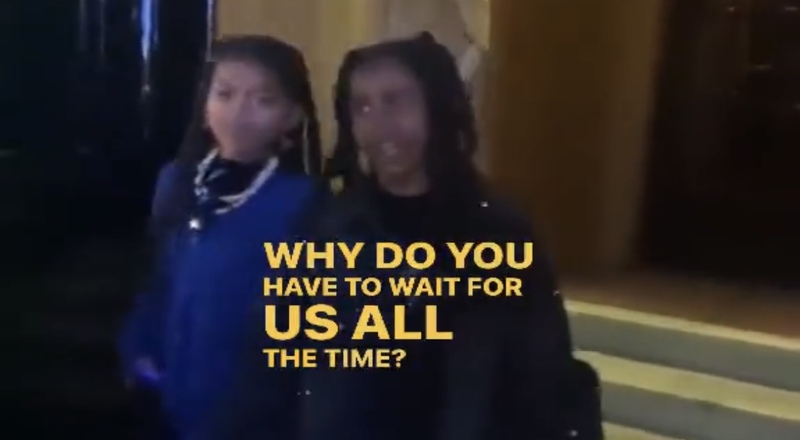 North West asks paparazzi why they always wait on her

North West is Kanye West and Kim Kardashian’s oldest child, at 9-years-old. North often attends events with Kanye as well, such as NBA games, and even the Super Bowl. On Tuesday, North went viral on social media, again.

North was walking outside of what appeared to be a restaurant, with her friend. She immediately noticed paparazzi outside waiting for her. That resulted in her asking them why they always wait on her.

The paparazzi then told North that they love her and that she’s so famous. Many fans also believe that North asking them this question is a personality trait that she obtained from Kanye.

Kanye and Kim went no to officially divorce, in early March. The two had been together since 2012, and married since 2014. Kim and Kanye had four children, throughout their marriage. Kim initially filed the divorce paperwork in February 2021. Kim has been dating Pete Davidson since last fall, while Kanye has dated numerous women, since the divorce was filed. These include Irina Shayk, Vinetria, Julia Fox, and Chaney Jones.

Check out North West’s hilarious interaction with paparazzi, below.

North West is tired of the paparazzi
pic.twitter.com/ztungiR8lP

North West asks paparazzi why they always wait on her