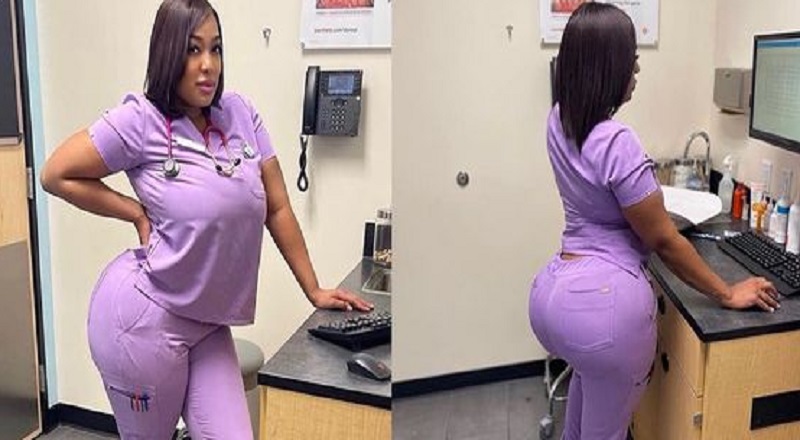 Nurse goes viral for her large backside in her nursing scrubs

This internet era has given birth to all kinds of trends. In addition, people have gone viral for all kinds of reasons. Currently, there is a nurse who has gone viral for how her bottom looks in her scrubs. She is following the trend of the young lady who enlisted in the Navy, among other women. These past few months have seen an uptick in things like that going viral.

Apparently, this is something that this woman is aware of. A simple search of her social media, @actinglightskin, shows she is actually a model. She has some content where people can pay to watch her. While this isn’t confirming or denying that she is actually a nurse, it does make it clear she is aware of what she’s working with. That said, it looks like her photos are not as random as they seem.

Nurse goes viral for her large backside in her nursing scrubs