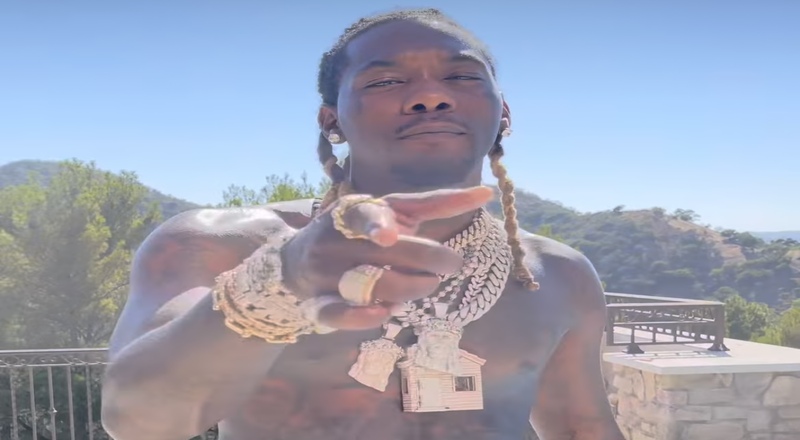 Since May, Migos have been hinting that the days of the group may be over. At the time. Quavo and Takeoff released their new “Hotel Lobby” collaboration, under their Unc & Phew name. This month, the two also put out their “US Vs Them” single, featuring Gucci Mane.

Last week, Offset also began releasing solo music, by putting out his “54321” single.” That was produced by Baby Keem, as many fans were feeling this record. Now, more solo music from Offset is coming, this week.

Offset recently previewed a new song that he has that’ll be dropping this Friday, featuring Moneybagg Yo. This collaboration is titled “Code.” Offset previewed this song while hanging out by a pool, in his luxurious house on the hills. The preview that Offset shared appeared to be one of his verses, in this song.

With the way Quavo and Takeoff and Offset are relasing music separately, it would be no surprise if there are solo albums being released, soon. As of now though, there are no public plans for those, yet.

Check out Offset previewing his new “Code” single, featuring Moneybagg Yo, below.

Continue Reading
You may also like...
Related Topics:featured, moneybagg yo, offset