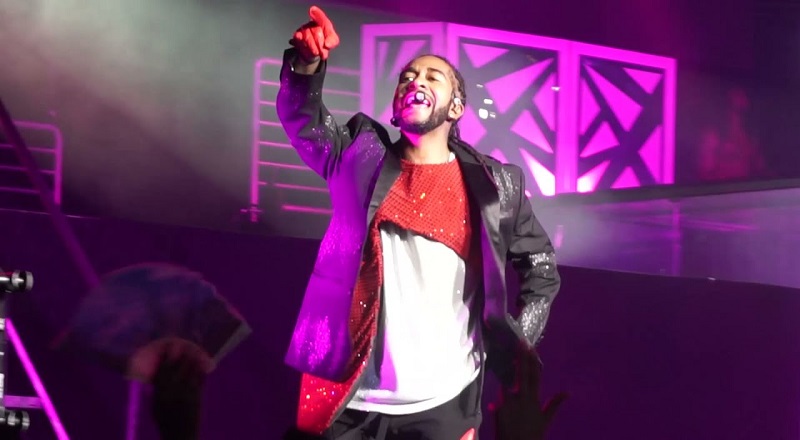 Omarion was once the biggest name in music, period. In the early 2000s, B2K was the biggest group in the world. Powered by young teenage girls, B2K absolutely owned 2001-2003. With Omarion being the group’s front man, he rose to the heights of the music world.

Omarion had it all, from the singing, to the looks, dancing, and charisma. As a result, Omarion was predicted to become a mega star. While Omarion had hits, he fell far below initial projections. Still, Omarion managed to carve out a good career for himself.

Omarion was virtually forgotten by 2011, but returned to the spotlight via “Love & Hip Hop Hollywood.” Ironically, it was on “Love & Hip Hop Hollywood” where Omarion got hot again, coming back to release the biggest single of his career. After that, Lil Fizz met with Bobby Brown and came up with the idea of a reunion tour that was rejected. A couple of years later, J-Boog brought it to life, and B2K won, pre-pandemic.

Omarion is now doing a Verzuz matchup with Mario. When Omarion made his solo debut, Mario was establishing himself as the young star. Both Omarion and Mario have a wide array of hit records. As a result, fans are hyped to see Omarion and Mario do Verzuz. On The Shade Room, a fan asked Omarion if he would perform B2K hits, in addition to his own. In response, Omarion told the fan he is B2K.

More in Hip Hop News
Caleb Swanigan, former NBA player, has died at the age of 25
Doja Cat and SZA’s “Kiss Me More” becomes the most streamed all-female collaboration, in Spotify history