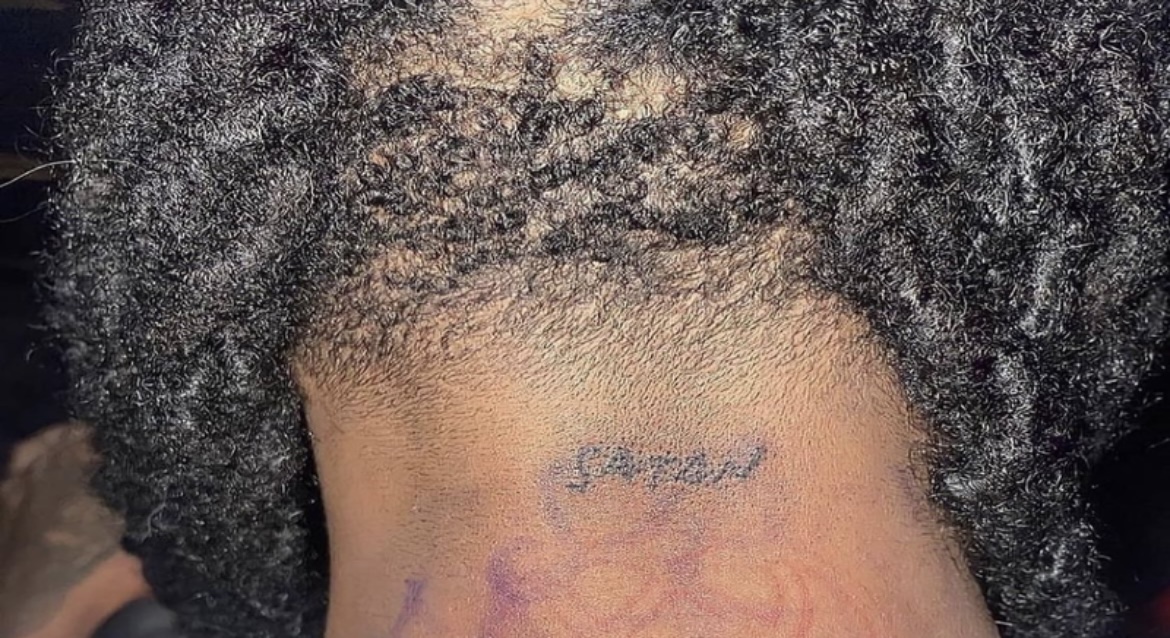 Over the past five years, Playboi Carti has been one of the biggest stars in the music industry. His “Magnolia” single in 2017 helped propel him to stardom, as he’s recently shifted his sound to a more rock and metal flow, with rap intertwined into it.

Carti’s looks have been very different as well, including the tattoos he’s been getting. One is now going viral, in which he got “satan” tattooed on the back of his neck. This has since had many fans questioning what Carti is truly worshipping.

This latest ink comes after Carti was announced as a special guest performing for Rolling Loud’s New York festival next month, from September 23-25, as well. In July, he also performed at Rolling Loud Miami.

It’s also been a while, since Carti released a new project. The last one came back in late 2020, with his “Whole Lotta Red” album. That went on to become Carti’s first number one album. Carti has been making more festival appearances though, as he’s been making a name as one of the most energetic performers, in the industry.

Continue Reading
You may also like...
Related Topics:featured, playboi carti