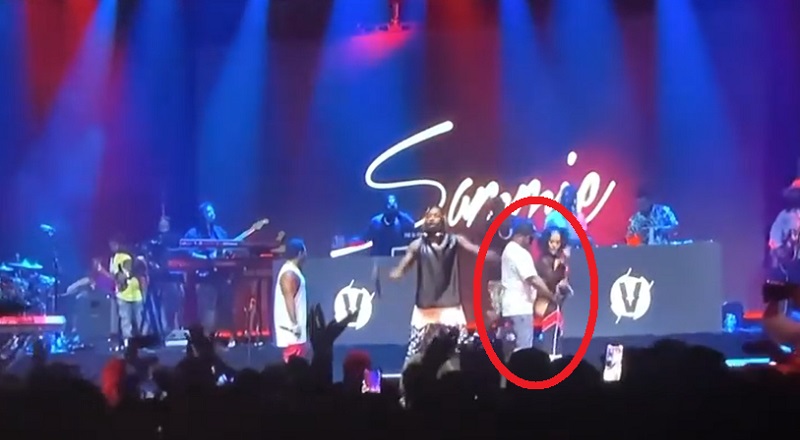 Pleasure P hilariously grinded on a woman who fell during Verzuz

Pleasure P rose to fame, in 2005, as Pretty Ricky’s lead singer. Pretty Ricky was at the last of the R&B boyband era to have any success. What made Pretty Ricky different was that the group consisted of three rappers and one singer. It was Pleasure P doing the singing.

Pleasure P definitely helped to troll Ray J. However, Pleasure P still didn’t do right. When Pleasure P had the chance to live up to his name, he got his hands on a background dancer. While Sammie was singing, Pleasure P was in the background with one of the dancers. It was hilarious, as Sammie gave vocals, Pleasure P was going so hard that the woman fell.

More in Hip Hop News
Mario shows off his vocal range during “Crying Out For Me” performance, and Omarion looks defeated while watching #Verzuz [VIDEO]
Brandy trends on Twitter for her confused look, as Ray J sang off key during #Verzuz