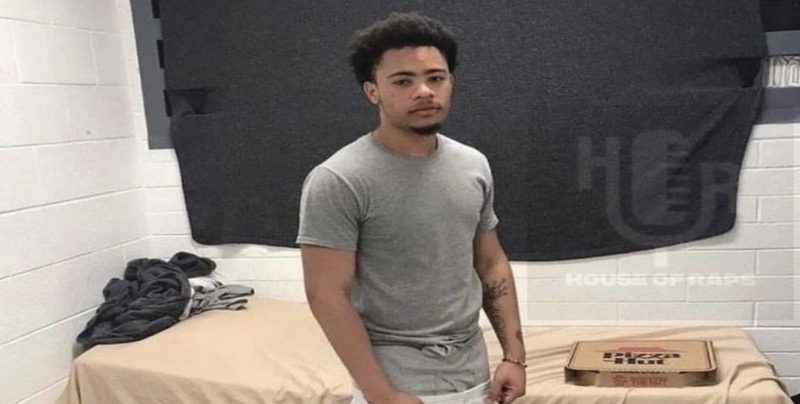 Pop Smoke’s alleged killer bashed after having pizza in jail

It’s been over two and a half years now, since Pop Smoke was shot and killed. The Brooklyn rapper was only 20-years-old at the time, as he was targeted in a home invasion/robbery attempt. Earlier that day, the address of Pop’s Airbnb address in Los Angeles was seen on his Amiri bag. Many believe that’s how his killers were easily able to locate him, later that night.

In July 2020, three suspects ended up being arrested, in connected to Pop’s death. One of them was a 15-year-old boy, who is said to have been the shooter. The robbery was supposedly an attempt to get Pop’s Rolex. Reports also surfaced that he still decided to shoot Pop, even though he was instructed to just hit him with a vase.

Two years later, this suspect is going viral. This is due to new prison photos being posted, as he appears to be in good spirits. In these photos, the now 17-year-old killer of Pop is seen enjoying a box of Pizza, from Pizza Hut, and in possession of a cell phone. This has since created a lot of criticism online, as many believe that he shouldn’t be enjoying any type of food like this, as well as having a phone, due to the crime he allegedly committed.

Take a closer look at Pop Smoke’s accused killer having pizza in jail, below.

Pop Smoke’s alleged killer bashed after having pizza in jail