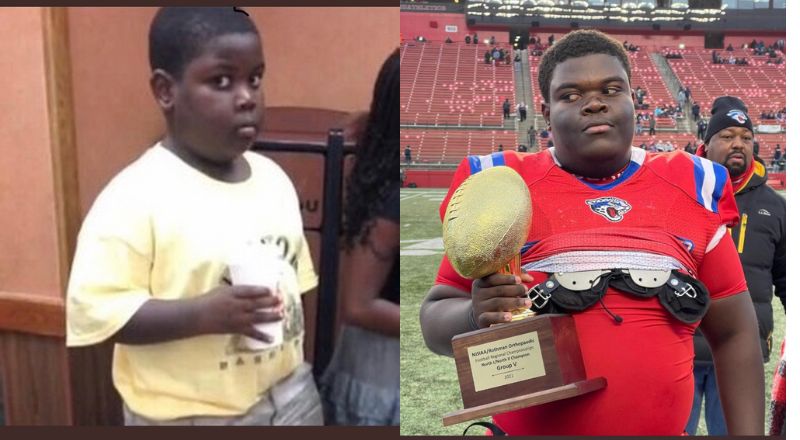 When opportunity meets influence amazing things are bound to happen. A social media star just received a partnership with the company who helped make him famous. Dieunerst Collin is the young man behind the viral Popeyes Chicken video, that took the internet by storm nearly ten years ago. Currently a freshman at Lake Erie College in Ohio, he recently signed a NIL deal with Popeyes Chicken after tagging the company on Instagram.

Dieunerst Collin has one of the most memorable faces in the world. In the earlier days of viral sensations, his video was viewed, shared and reposted consistently. The video which included a man comparing a nine-year old Dieunerst to another viral star Lil Terio, is no longer than a few minutes. However, in just a short amount of time Dieunerst became famous, becoming a top meme for his awkward demeanor.

Despite being an internet sensation, he’s maintained a very private life until recently. Dieunerst posted a side by side shot of his viral meme and him holding his championship trophy. Tagging Popeyes in the photo, lead to the company inboxing him with hopes of a potential partnership. The new NIL deal involves Dieunerst promoting the company in addition to his likeness being used on billboards.

More in Hip Hop News
Saweetie to have cameo in season 2 of “Bel-Air”
Black man fatally beaten by the LAPD and repeatedly screamed “they’re trying to George Floyd me,” as he fought for his life