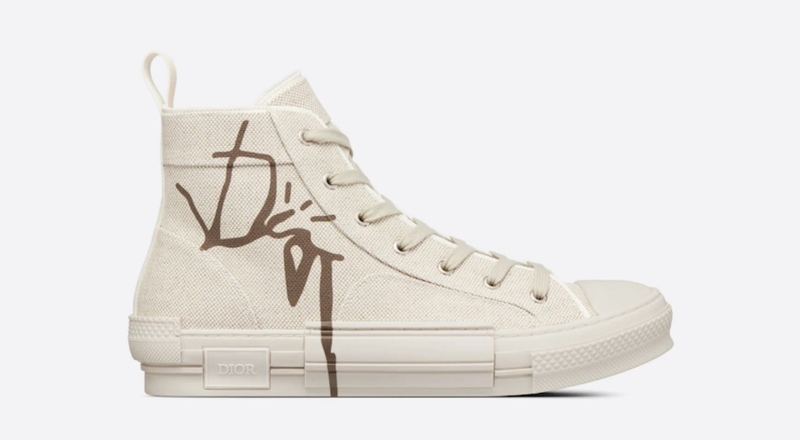 This week, Travis Scott and Dior’s collaboration capsule finally launched. This included items such as clothing, and sneakers. This collaboration was initially postponed in December, in the aftermath of Travis’ controversial Astroworld Festival.

Travis is also now giving back to a good cause, with the Dior collab. According to Complex, a spokesperson for Travis has told them that portions of the proceeds of these sales will go to his Project H.E.A.L. initiative. This provides design programs, mental health resources, and has given out a total of $1 million, in HBCU scholarships.

Fans can purchase the Dior items on their website, here. Travis got together with Dior Artistic Director, Kim Jones, for this collaboration. The sneakers in this collab are retailing for $1,400.

“Iconic Dior fundamentals are reinvented, such as the toile de Jouy transformed into a “toile de Cactus” or the Dior Oblique motif morphed into a Cactus Jack Oblique,” as stated about the items on Dior’s website. “These original prints are used on ready-to-wear pieces, and accessories like the Dior Hit the Road backpack. Inspired by the world of skateboarding, the B713 sneakers are punctuated with bold details and the emblematic CD Diamond signature. The new must-haves can be paired with flared pants or Bermuda shorts.”

More in Hip Hop News
Ashanti laughs at the idea of being in Murder Inc. documentary on TMZ [VIDEO]
Ivana Trump, the first wife of Donald Trump, has passed away