Home » Hip Hop News » Tariq and Effie should be together, according to #Power fans, after she helped him pull off that lick #PowerGhost 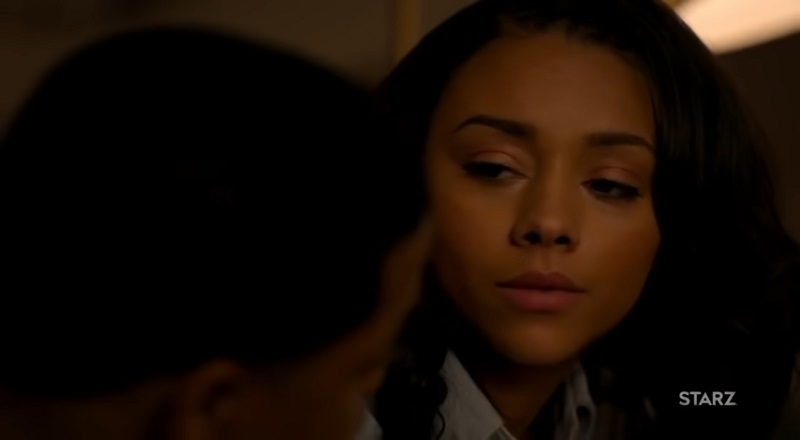 Power fans think Tariq and Effie should be together

Last night’s episode of “Power” was the best of the season, as Courtney Kemp promised. A major death was teased and it was Carrie (Melanie Liburd), as most fans wanted. With the fans getting their request, with Milgram gone, now they want Tariq (Michael Rainey, Jr.) with Effie (Alix Lapri).

During the original “Power,” Tariq began dating Effie, while working with her. However, when the heat caught up to them, Effie reported him, which got him expelled from school. She returned, during “Ghost,” during season one, to help Tariq, telling him she did what she had to do.

With that, Effie left Tariq with a kiss, telling him he is a monster, and so is she. At the time, Tariq was more into Lauren (Paige Hurd) and this season saw them finally get together. Meanwhile, Diana (LaToya Tonodeo) has had a crush on Tariq since they first met, and this season saw them finally hook up. However, on last night’s episode, Tariq also hooked up with Effie, after pulling off the heist on Mecca (Daniel Sunjata).

Tariq has had three love interests through the duration of “Book II.” Fans have been torn on who’s best for him, but after last night, they’re saying Effie is the one.

More in Hip Hop News
Bow Wow trends on Twitter, as a man tried to roast him, saying people can’t name 3 Bow Wow songs; Twitter got that man outta there
Antonio Brown trolls the Buccaneers, after their loss, sharing photo of him walking off during Jets game