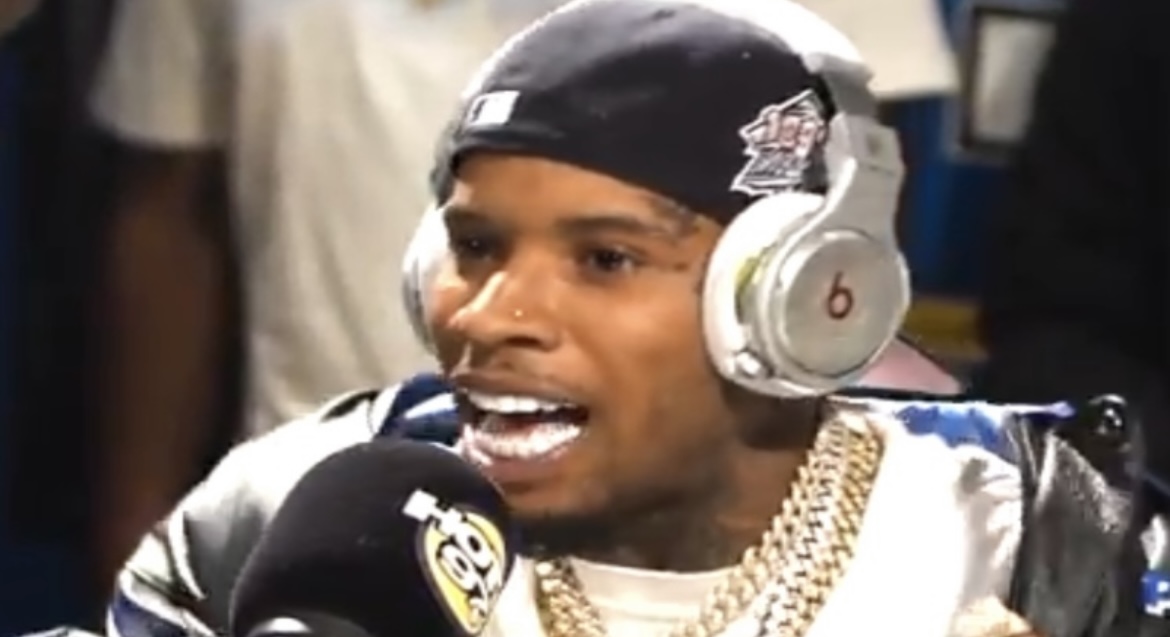 Tory Lanez is nothing new to controversy, over the past two years. Recently, he’s been trending due to an alleged assault incident, involving August Alsina. He has since denied involvement in that, and isn’t publicly speaking about it.

Now, Tory is facing a lawsuit, after an alleged hit-and-run incident, back on New Years Day 2021, according to TMZ. He’s being sued by a couple, Krisha and Jesse Grullon. This crash allegedly happened quickly, as Tory supposedly didn’t stop to check on their status. Krisha was four months pregnant, at the time.

The Grullons states that they exited a highway, and stopped at a red light at the end of the off-ramp. Soon, Tory came and struck their car from the rear left side, with his green Bentley SUV.

Tory’s attorney, Andell Brown, claims that this lawsuit is baseless, and will be thrown out. He also wonders why this was filed in July, as opposed to when the incident occurred in January. He added that this claim in general is false, and they also lied about what color car that Tory was in. Brown even stated that Tory’s license plate was taken down, simply to go after Tory.

Continue Reading
You may also like...
Related Topics:featured, tory lanez