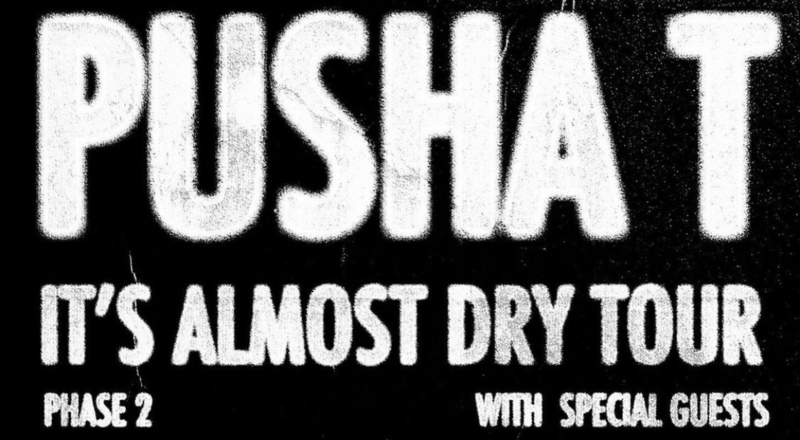 In April, Pusha T finally released his highly anticipated fourth studio album, “It’s Almost Dry.” That was Pusha’s first number one album of his career, as it was led by hit singles such as “Diet Coke” and “Neck & Wrist,” featuring Jay Z and Pharrell.

Pusha is currently venturing on his “It’s Almost Dry” Tour, as it will conclude in Philadelphia, on June 23. This morning though, Pusha took to social media to announce that there will be a “Phase 2” of this tour.

Pusha is still receiving high praise for his It’s Almost Dry album, even from Tom Brady. On Tuesday, Brady posted a video of himself working out, with Pusha’s “Dreamin Of The Past” song with Kanye West, playing in the background. Pusha soon expressed on Twitter how excited he was for Brady to listen to the “rap album of the year,” and that’s when Brady agreed that It’s Almost Dry is the album of the year.

Check out the full list of dates and cities for Phase 2 of Pusha T’s It’s Almost Dry Tour, below.

More in Hip Hop News
Lil Durk to release “7220” deluxe album, on June 24
Michael Jordan rejects young fans, who asked for a photo, when he was spotted in a Charlotte parking garage [VIDEO]