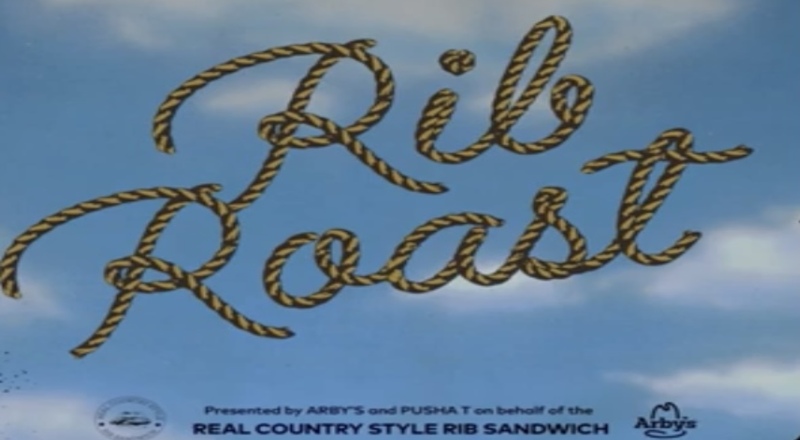 Earlier this year, Pusha T dropped a McDonald’s diss track, for his new partnership with Arby’s. Pusha initially wrote wrote the McDonald’s “I’m Lovin’ It” jingle with his brother No Malice, back in 2003, but never got any royalties from it.

The first McDonald’s diss track that Pusha dropped this year, was “Spicy Fish Diss Track. Now the second one is here, which is “Rib Roast.” Here, Pusha vouches for Arby’s Real Country Rib Sandwich. Pusha takes shots at McDonald’s in lyrics such as “McDonald’s what you selling mystery meat?/Hop up and go away, what does history teach?/ Mickey D’s McRib you ain’t it in the streets/The real country style rib sandwich here to compete.”

2022 has been a major year for Pusha overall, as he also scored his first number one album. This was with “It’s Almost Dry,” back in March. That was led by singles such as “Diet Coke” and “Neck and Wrist” featuring Jay Z and Pharrell. He is also on the second leg of his “It’s Almost Dry” Tour, which kicked off on September 16, in Rochester, NY.

More in Hip Hop News
Yung Miami said she wants to be the next Oprah in recent interview
Diddy says woman claiming to be Kim Porter’s niece and is suing him for alleged wrongful termination as nanny, isn’t Porter’s niece, and denies firing her because of her pregnancy announcement