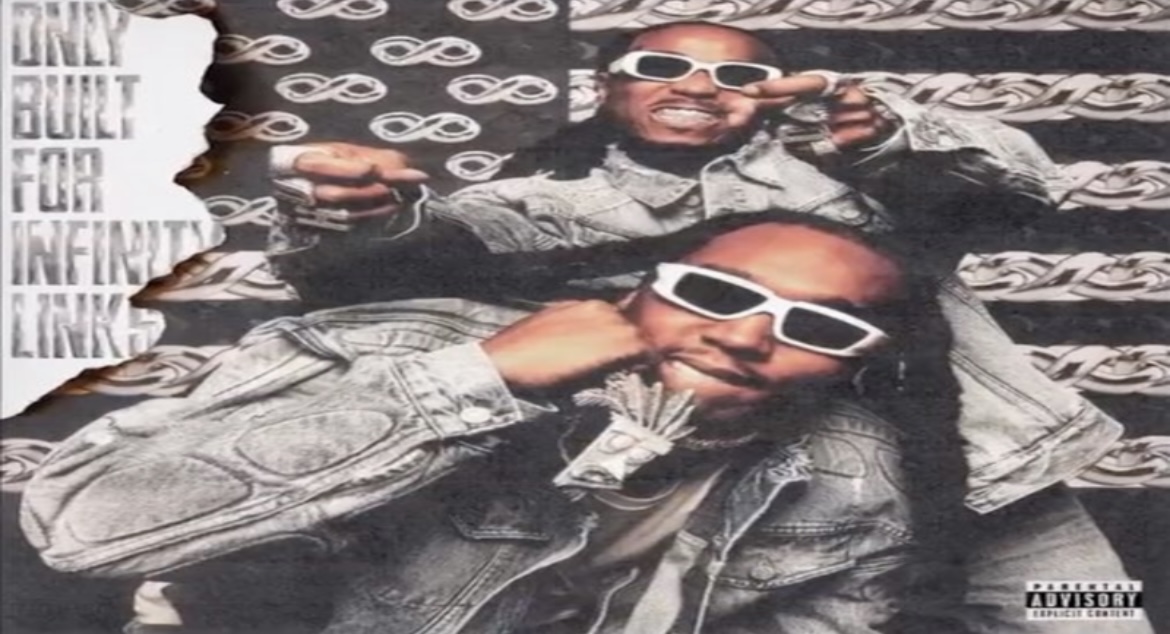 Quavo and Takeoff announce “Only Built For Infinity Links” album

Migos have been releasing plenty of solo music, since the start of the summer. Quavo and Takeoff have been putting songs out together, while Offset has been working on his own solo content, as well. In August, Offset released singles such as “54321” and “Code,” featuring Moneybagg Yo.

Over the past three months, Quavo and Takeoff have released collaborations such as “Hotel Lobby,” and “Us Vs Them” featuring Gucci Mane and “Big Stunna” featuring Birdman, as both were released in August.

Quavo and Takeoff recently confirmed that they’d been working on a collab album, and that is coming soon. On Wednesday, the two announced that their “Only Built For Infinity Links” album will be out on October 7. Quavo and Takeoff also unveiled the official cover art, for this project.

This weekend, Migos as a group are also supposed to link up together, to perform at Rolling Loud Toronto. They’re set to hit the stage on the final day of the festival, on September 11. This is their first performance together, of 2022.

Check out the announcement for Quavo and Takeoff’s upcoming “Only Built For Infinity Links” album, below.

Quavo and Takeoff announce “Only Built For Infinity Links” album

More in Album Preview
Young Dolph’s Paper Route Empire artist, Jay Fizzle, goes viral for doing interview, with all of his baby mamas beside him [VIDEO]
Petey Pablo goes viral for performing “Raise Up” at a wedding [VIDEO]