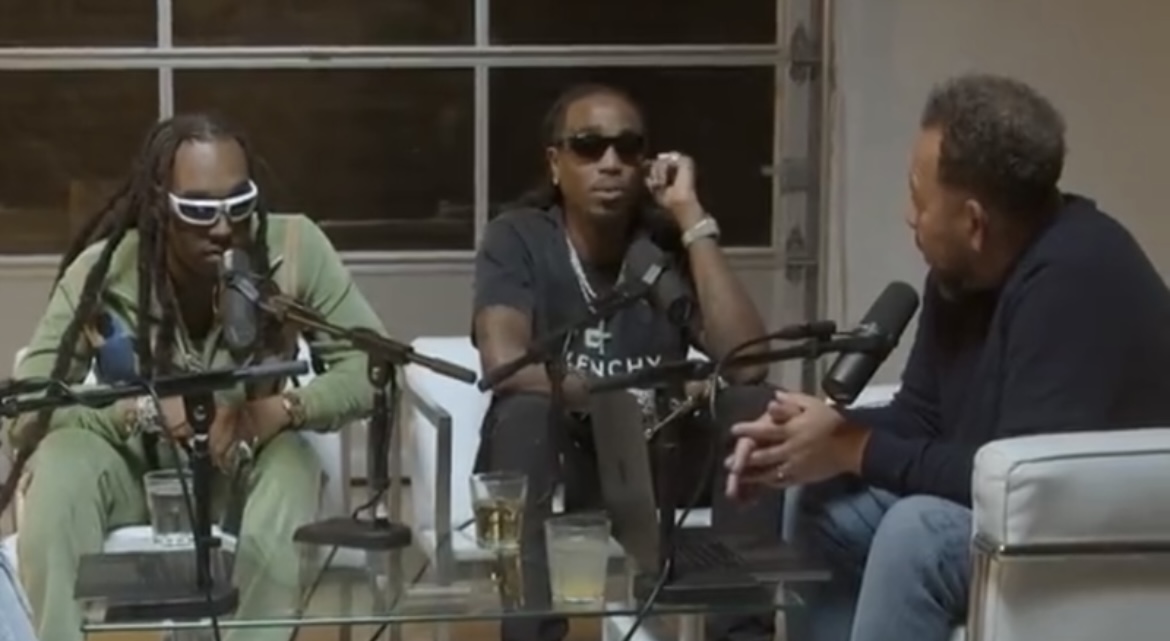 Quavo explains Takeoff being left off “Bad and Boujee”

This summer, there’s been a lot of speculation as to whether or not Migos has officially split up. This was caused due to Quavo and Takeoff releasing a single together in May, which was “Hotel Lobby.” The two released that collaboration under their “Unc & Phew” group name.

This month, Quavo and Takeoff also released a new single with Gucci Mane, which was “Us Vs Them.” Offset has also since been teasing solo music, coming soon.

Quavo and Takeoff also recently appeared in a new interview with Elliott Wilson, on his Rap Radar podcast. One of the topics was why Takeoff was left off of Migos’ biggest hit singles, “Bad and Boujee,” back in 2016. That also featured Lil Uzi Vert, as it soared to the top of the Billboard Hot 100 chart. It’s also certified 4x platinum in the US.

Quavo and Takeoff revealed that Takeoff not being on Bad and Boujee was simply a matter of bad timing. Quavo even added that he was almost not on it.

“I just think it was just timing,” Quavo explained. We was just trying to get something out. We was actually pissed off because we ain’t have no music out. I think like a couple months before the whole little wave and we was going through the litigation with 300 [Entertainment], so we ended up leaking ‘Bad N Boujee’ on SoundCloud first. Sh*t, I wasn’t even gonna be on it. I had to do my verse on some quick fast in a rush sh*t. So it was just like everybody running to the song and trying to get it done.”

Check out Quavo and Takeoff speaking on the “Bad and Boujee” single, below.

Quavo explains Takeoff being left off “Bad and Boujee”

More in Hip Hop News
Woman shares video of her experience at Kandi Burruss’ Old Lady Gang restaurant; Claims employees were fighting, the plates served to her were dirty, and the food was soggy [VIDEO]
Fat Joe says Irv Gotti is his brother and he loves him, after Irv said Joe is not his friend [VIDEO]