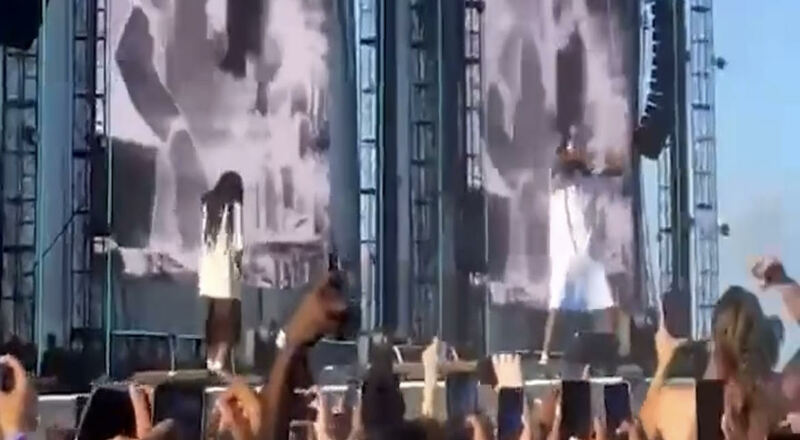 Back in May, speculation surfaced that Migos may be splitting up. That came after the announcement that Quavo and Takeoff would be releasing a single together, under their “Unc & Phew” name. This single would go on to be “Hotel Lobby.” Migos breakup rumors have reportedly been shutdown by their reps, though.

Hotel Lobby went on to do very well, as it currently stands at number 76, on the Billboard Hot 100. Quavo and Takeoff also went on to perform together at Rolling Loud Miami, this past weekend. That came after Gucci Mane brought them out to perform “Slippery” and “I Get The Bag.”

Now, Quavo and Takeoff have even more heat on the way. The two posted a recap of their Rolling Loud performances and appearances, as a new song was playing in the background. Their caption was “It’s us vs them, who you think gon win?!”

Many also believe that Quavo and Takeoff could be releasing an “Unc & Phew” album, sometime this year. Their last project came last summer, with Offset, which was “Culture III.”

Check out a preview of Quavo and Takeoff’s upcoming collaboration, below.