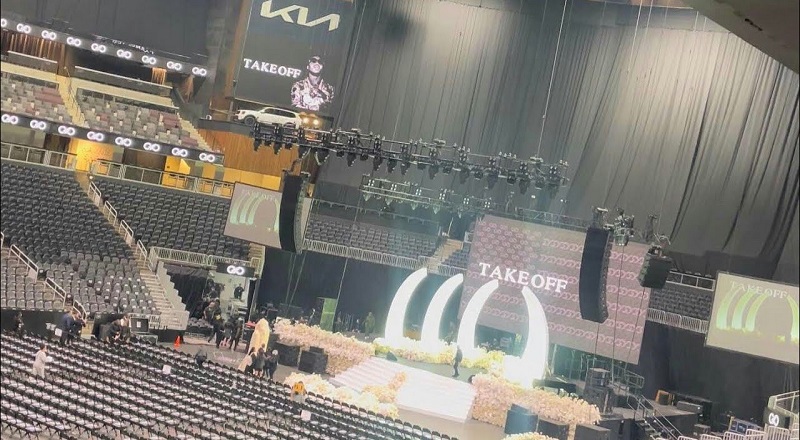 Quavo and Offset are family, above all else. While Quavo was Takeoff’s uncle, Offset was a cousin to both of them. However, the three guys were raised like brothers. So, they lived like brothers, as a result. Their bond went onto become more valuable than anyone could imagine. Like most kids of the 2000s generation, Quavo, Offset, and Takeoff wanted to rap. As creating music became increasingly easier to do, they became Migos. After that, Migos became one of the most influential groups of the 2010s.

Quavo, Offset, and Takeoff began making major noise, in 2012. As a result, they began to become well-known within the city of Atlanta. Everything changed for Migos, once “Versace” dropped, and Drake jumped on the record. After that, Migos got the right momentum, their music began charting on Billboard, and they became stars. By 2016, Migos took over the world, dropping “Bad & Bougee,” which coincided with their “Atlanta” cameo. Sadly, “Atlanta” ended last night, and Takeoff was buried today.

Quavo and Offset have seen their names involved in beef rumors, this year. While there was indeed a clear separation between Quavo and Takeoff from Offset, fans have overlooked that these men are family, above all else. As a result, when news broke of Takeoff’s passing, Twitter had Offset trending. Of course Offset was saddened, what else was he supposed to be? At Takeoff’s funeral, Quavo and Offset reunited, alongside Cardi B. They said their focus is on brotherhood and family.