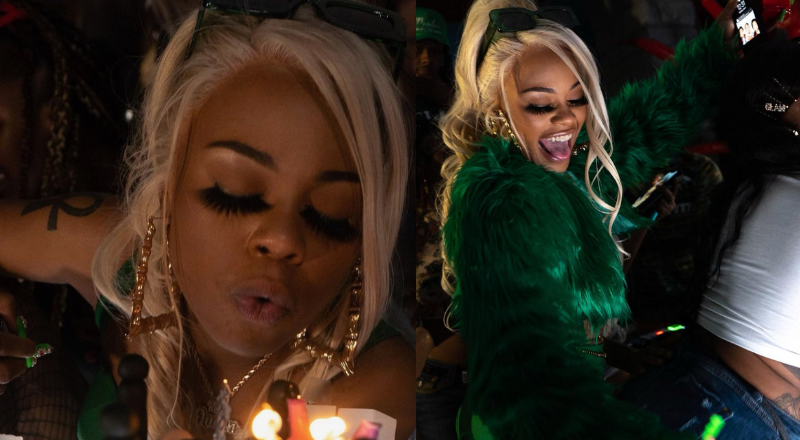 Queen Key arrived to the function with a Lil’ Kim inspired ensemble. The party had a 90s theme. The energy in the room was contagious, as friends, family and fans came out and showed out for the “EMP” captain. Queen Key rocked a money green outfit included a bomb custom made fur half waisted jacket, with a bottom green piece, fishnets, green pumps and of course the iconic gold chains around the waist. The nails were giving ‘Rich AF” continuing the green aesthetic with gems covering each finger.

Queen Key was the woman of the hour, but it was her cake that stole the show. The white and gold two-layered cake was beautiful with the letters “EMP” in gold trim on the front, followed by a center piece of a man taking care of a woman. The mesmerizing cake was created by Jassys, a local bakery in Chicago and they did not hesitate to bring Queen Key’s persona to life! A true influencer and trendsetter, Queen Key celebrated her birthday with a bang.

More in chicago
Pasha Bleasdell, popular video vixen who starred in videos from Nelly, Mobb Deep, and 50 Cent dies of brain tumor at age 38
Lori Harvey is dating Jack Harlow, according to rumors on Twitter