Home » Hip Hop News » Queen Key shares video of 600 Breezy cursing her and her triplets, saying he doesn’t care if he is the father of her children [VIDEO] 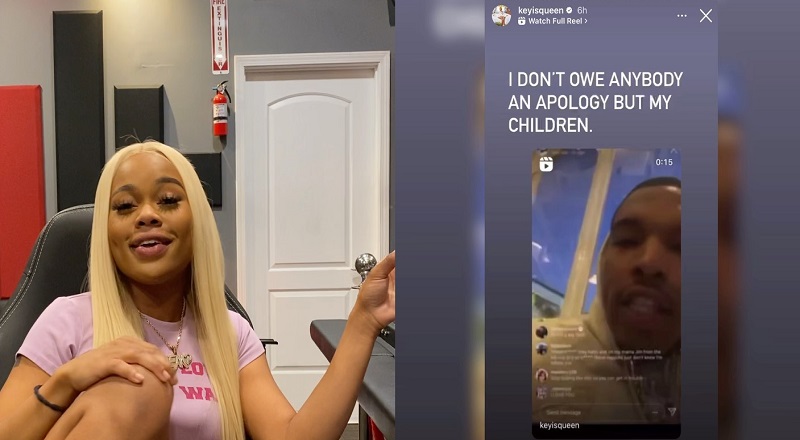 Queen Key and 600 Breezy have silently been going through beef, over the past two years. At the end of 2019, Queen Key revealed she was pregnant with triplets. After that, she said 600 Breezy was the father. Despite those claims, 600 Breezy denied fathering the children.

Queen Key, meanwhile, continued with her career. Like 600 Breezy, she is also a rapper. While Breezy moved into a relationship with Raven Jackson, Queen Key continued on as a single mother, while pursuing her career. When 600 Breezy revealed Raven Jackson passed away, after the sympathies, his issues with Queen Key returned to the forefront.

Queen Key is speaking out against 600 Breezy, after Raven Jackson’s cousin spoke out against him. Key has made it clear her sympathies are with Jackson, and her family. With that in mind, nothing she is saying about 600 Breezy is intended to be disrespectful. That said, Queen Key reshared an IG Live, where 600 Breezy was ranting about her and her three babies. In the clip, Breezy said “F the kids.” Not only did 600 say he wasn’t the father, but he also said he didn’t care if he was the father. As a result, Queen Key said he doesn’t care about mental health.

More in Hip Hop News
Yung Miami shuts down claim, that she’s releasing a debut solo EP
She by Sheree has closed, only days after opening [PHOTO]