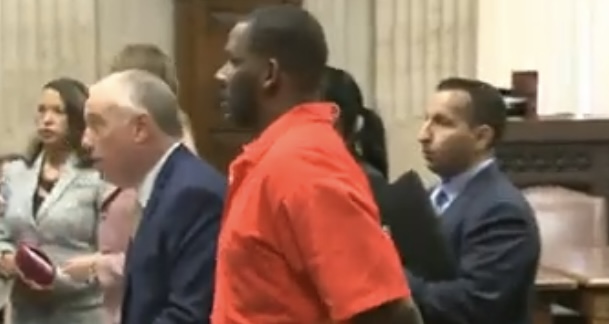 R. Kelly is receiving even more bad news, during his current incarceration. Today was filled with closing arguments in his federal Illinois child pornography case, as many anticipated that this would be another guilty verdict for Kelly.

According to TMZ, Kelly has been found guilty on six of the 13 charges, on the table. The charges he was able to avoid, were conspiracy and enticement.

This trial lasted for over a month, as a juror also had a panic attack, earlier this week. This resulted in a replacement being needed. Kelly will now be sentenced at a later date.

Kelly’s former goddaughter even testified that she lost track of the amount of times that she had to have sex with Kelly. Those encounters started happening during her ages of 15-18. Kelly’s attorney said in court that the disgraced singer is “imperfect,” but innocent.

A few months ago, Kelly was also sentenced to 30 years in prison, in his sex trafficking trial, in Brooklyn. He was initially found guilty, back in September of 2021. Kelly has been in prison since the summer of 2019, after he was exposed of his crimes with minors, in the Lifetime docuseries, “Surviving R. Kelly,” earlier that year.