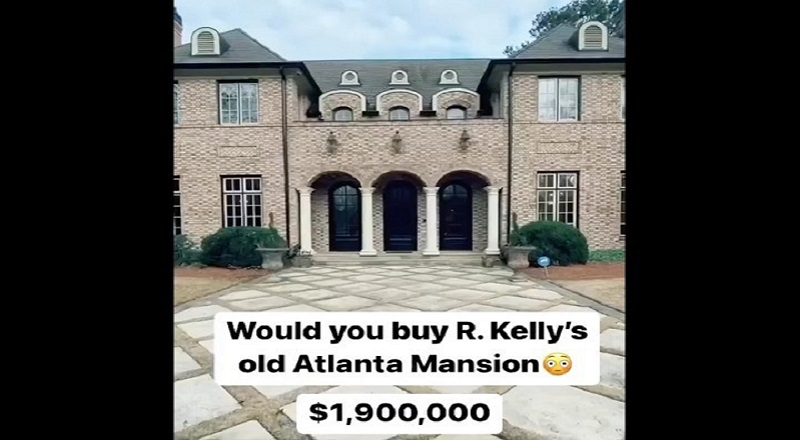 R Kelly’s infamous Atlanta mansion is for sale for $1.9 million

R. Kelly went from being an icon in the music industry to being a fallen star. Since 2019, Kelly has been behind bars, following all kinds of abuse allegations. When the “Surviving R. Kelly” documentary premiered, Kelly was a free man. However, all of the bad publicity led to an investigation being launched against him. After that, R. Kelly was sentenced to time behind bars. Now, his assets are being sold off, including the notorious mansion he owned in Atlanta.

R. Kelly was on the verge of an unprecedented run in music. From 1992 through 2007, Kelly was consistently the top five most popular singers in R&B and hip hop. After rising on the Chicago scene, Kelly began making hits with Ronald Isley. This was followed by him making hits with Nas, Jay-Z, Fat Joe, Ja Rule, and countless other rappers. In addition, Kelly helped the likes of B2K, Ginuwine, Usher, Omarion, Tyrese, and Marques Houston also post R&B hits.

R. Kelly made timeless music, but it all wound up cancelled, after his allegations caught up to him. As a result, most of his music wound up boycotted. While his music was not removed from streaming services, it did disappear from various playlists. Since being behind bars, Kelly has been unable to work, costing him much money. Now, the mansion where R. Kelly was accused of holding women hostage has been posted for sale. The price tag for the home is $1.9 million.

R Kelly’s infamous Atlanta mansion is for sale for $1.9 million

More in Hip Hop News
SZA’s “SOS” album is on its way to a fifth straight week at number one in US
Gunna creates his first social media posts since jail release; Calls for Young Thug’s release and pays homage to Lil Keed