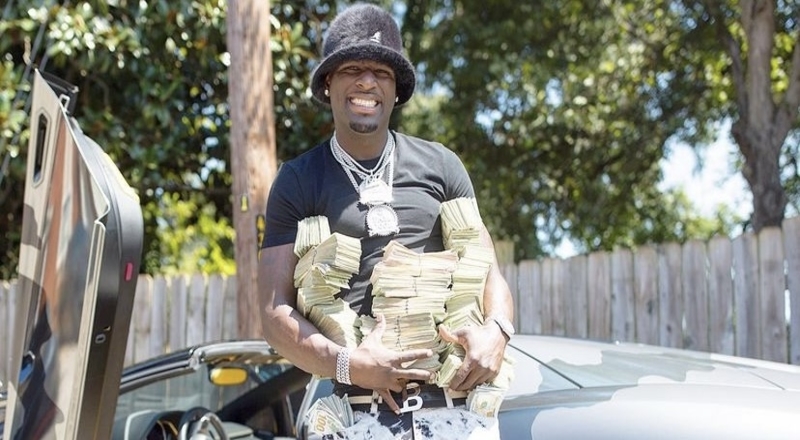 Ralo says he will be released from prison in October 2023

It’s been almost four years now, since Atlanta rapper Ralo, has been incarcerated. In April 2018, he was arrested by federal agents, due to him being found with $1 million worth of weed, on the private jet that he was on. In August 2020, he was eligible for $250,000 bond. That ended up being revoked, due to Ralo allegedly using code words on the phone in prison, to continue selling drugs.

Ralo has since called on other rappers to help get marijuana legislation bills passed, and even got his case in front of President Joe Biden’s desk. There has yet to be a trial or release date for Ralo, but there is now new developments.

Ralo has just taken to Instagram, to announce that he will be a free man, in October 2023. Until then, he added that he’s been purchasing property for his mother and friends. Ralo also purchased his artists a new recording studio.

“I wont be home until October 2023, but I made sure I bought my momma a new house, bought my n*ggas some new apartments, building my artist a new studio and I’m buying everybody around me new cars soon as I land next year. They took everything from me Allah blessed me to buy it right back. I stood on mines and took my time like a Man. Ima do this last year with ah smile, go watch Ralo chapter 30 #OutNow on youtube (Link In My Bio)… #FamGoon #GiveBack.”

Ralo says he will be released from prison in October 2023

More in Hip Hop News
R&B Only Fest announces 2022 lineup; Performers include Erykah Badu, Miguel, Wale, Muni Long, and more
DaBaby says he’s a dime and wants a woman who will take him out on dates