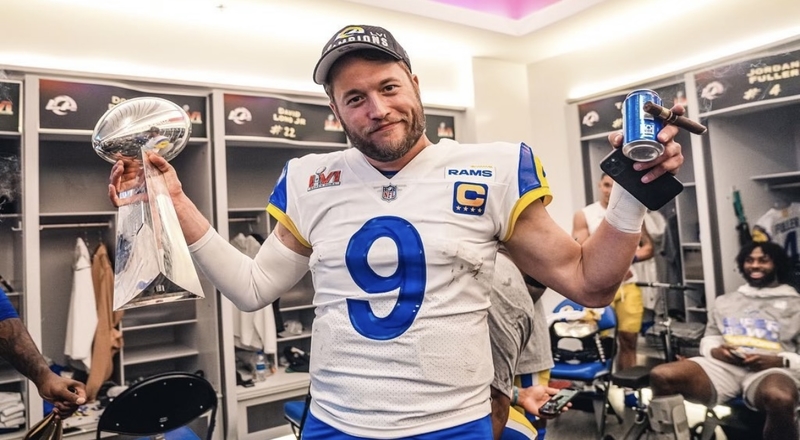 In February, the Los Angeles Rams won the Super Bowl, in their own city. This was done inside SoFi Stadium, as they became the second straight NFL team to win the big game in their own host city. It was also the first Super Bowl win for Rams quarterback, Matthew Stafford.

Stafford also signed a 4-year, $160 million extension this offseason, to stay with the Rams. Now, he is accumulating more property in the LA area. According to the Wall Street Journal, Stafford has now purchased two homes from Drake, that he recently put on the market. Drake put three on the market in total, which had a total asking price of over $22 million.

This purchase was reportedly made, at $11 million. One home was at $5 million, and the other was at $6 million. This is also said to be $7.4 million over the asking price. The properties span 3.6 acres, as well. The two homes are located in the San Fernando Valley area.

One of the homes is 3,600 square feet, with five bedroom and six bathrooms. It also contains a heated pool, BBQ pit, and pizza oven. The second home is 2,400 square feet, and has three bedrooms, and three bathrooms. A private horse trail is one of its special amenities, as well.

Now, 2 have been purchased for $11 million… by Rams QB Matthew Stafford 🏠

More in Hip Hop News
Chris Rock’s brother, Kenny, wants to fight Will Smith in boxing match [VIDEO]
50 Cent wants to buy his shows back from STARZ, and bring them to a different network