Home » Hip Hop News » Ray J ignores hate received online, after getting tattoo of Brandy on his leg; Says it’s his leg and his sister, despite Brandy still not being into the tattoo [VIDEO] 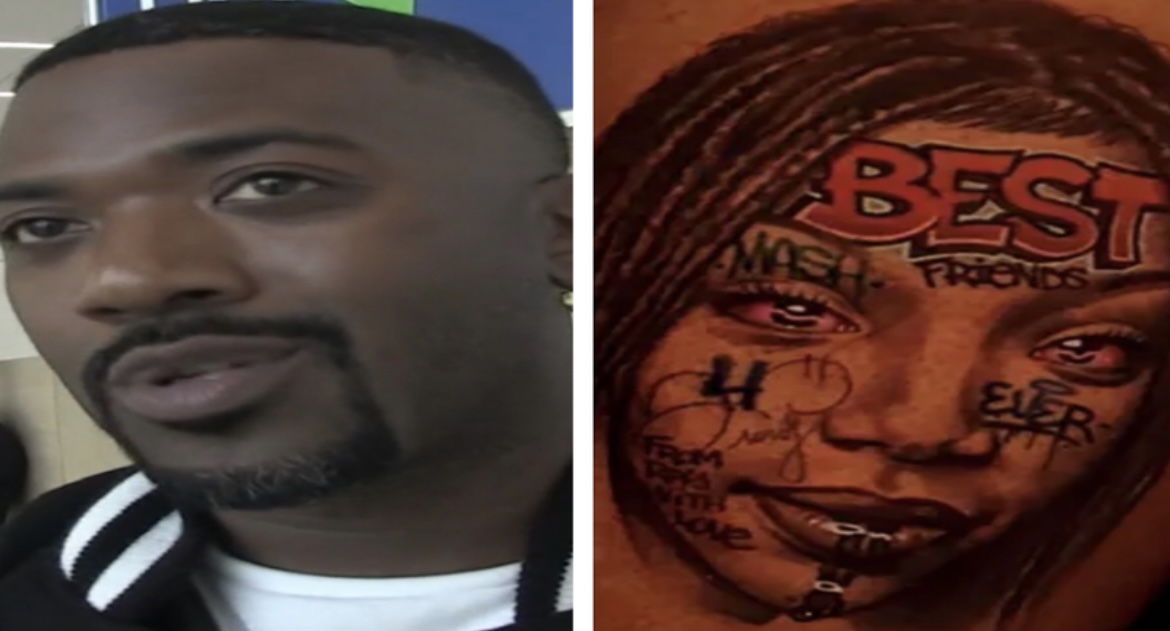 Ray J defends getting Brandy tattoo on his leg

A few weeks ago, Ray J went viral on social media, after getting a tattoo on his leg. That displayed an image of his sister, Brandy.

This design was a bit unusual though, as Brandy was seen with red eyes, and had lettering on her face written “Best friends 4ever.”

TMZ ended up speaking to Ray J  about the tattoo on Thursday though, as he was leaving LAX. Ray explained that he got this tattoo to show love to his sister, and was able to get this ink done from an artist who is booked, two years in advance.

Ray also defended getting the tattoo, as he doesn’t mind what critics have to say about it. He simply said it’s his leg and sister, so he’ll do what he wants. Ray added that Brandy still isn’t feeling the tattoo much, but both of them are growing on it.

Brandy also went viral over a month ago, after Jack Harlow revealed that he didn’t know that she was related to Ray J. Brandy ended up dissing Jack on Twitter, by saying she could put rap him.

However, Brandy and Jack put to bed any speculation of beef though, as they performed Jack’s chart-topping “First Class” single, at the BET Awards.

Ray J defends getting Brandy tattoo on his leg

More in Hip Hop News
Fans rejoiced outside courthouse when NBA Youngboy was found not guilty [VIDEO]
Nishia Jackson, who’s the girlfriend of popular Houston DJ, DJ D Baby, claims that she didn’t push D Baby off of 13th-story balcony, which resulted in her death