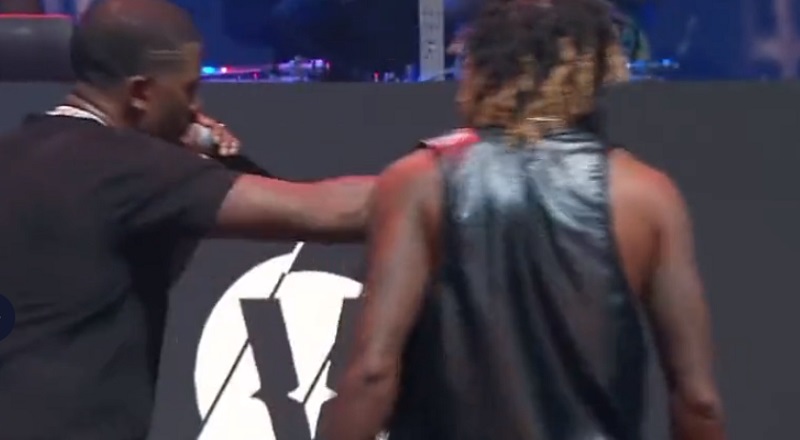 Ray J is a person that has always reinvented himself. Until a few years ago, Ray J did it all except for becoming a mogul like many of his counterparts. In 2017, Ray J launched Raycon Global, and it has become a company worth over $200 million.

Ray J will still forever be known for his music career. While he has other hits, Ray J’s signature single is “One Wish.” The song became a hit during the end of 2005. After that, Ray J only had two more hit singles. When Ray J was competing in Verzuz, last night, he performed the signature song.

Ray J came in and did “One Wish,” leading to Twitter clowning him for it. When Ray J was performing, he tried to get the crowd into it. Also, Ray J tried to get his family to join him. While Brandy will always ride for Ray J, Princess Love is a different story. During Ray J’s performance, he asked Princess Love and their daughter, Melody, to join him. As Ray J was singing off key, Princess and Melody stood in the back, not going with him.

Someone asked for more clips. Ray J wanted his fam on stage, but Princess and his daughter wanted no parts. Poor lil man was yeeted into his father's arms and hollered at off key. #VerzuzTV pic.twitter.com/ZrVShwG4Nn