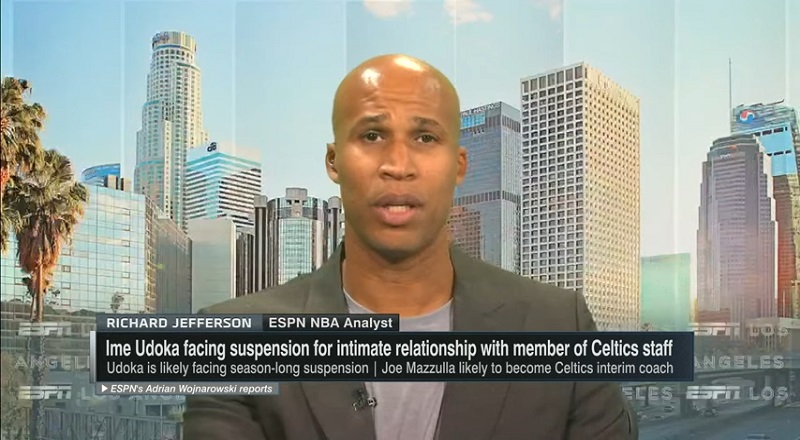 Richard Jefferson questions why Ime Udoka’s suspension is so long

Richard Jefferson took to Twitter, when he first learned of the Ime Udoka situation. For those who do not know, Ime Udoka had a consensual relationship with a member of the Boston Celtics franchise. As a result, Udoka was suspended from the Celtics. Earlier this afternoon, the Celtics announced Ime Udoka would be suspended for a year. When Richard Jefferson found out, he went on Twitter to ask why Udoka has to miss a whole year if his relationship was completely consensual.

Richard Jefferson questions why Ime Udoka’s suspension is so long

More in Hip Hop News
NYPD orders drill rappers 22Gz, Sha Ek and Ron Suno, to be removed from Rolling Loud lineup
Swizz Beatz and Timbaland reach settlement, after suing Triller for $28 million, due to payments not being received, for purchase of Verzuz