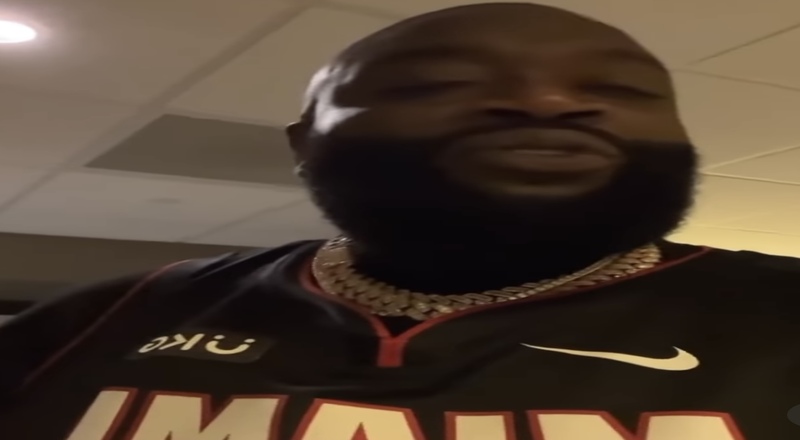 Rick Ross is one of Miami’s biggest artists and celebrities of all-time, and definitely supports the city’s sports teams. He was recently at FTX Arena, home of the Miami Heat. Ross also went viral there, after going inside one of their bathrooms.

Ross posted a video of himself in the restroom, as he revealed that he’s too big to be in their stalls. He joked and laughed about this, all while wearing his black Heat jersey.

Ross has gone viral for his social media posts, plenty of times, in 2022. Previous moments include showing off his massive Georgia estate, where he’s purchased animals, and even cut down some of the large trees there.

As for Ross’ Miami Heat, they’re still viewed as championship contenders. Last season, they made it all the way to the Eastern Conference Finals. There, they fell to the Boston Celtics, in six games. Their season came down to the last shot of the game, where Jimmy Butler missed the very last shot, behind the three-point line.

Check out Rick Ross at FTX Arena, below.

Continue Reading
You may also like...
Related Topics:featured, rick ross