Home » Hip Hop News » Rick Ross speaks on accountability, after being fined $114,427, for labor violations, at his Wingstop restaurants, in Mississippi [VIDEO] 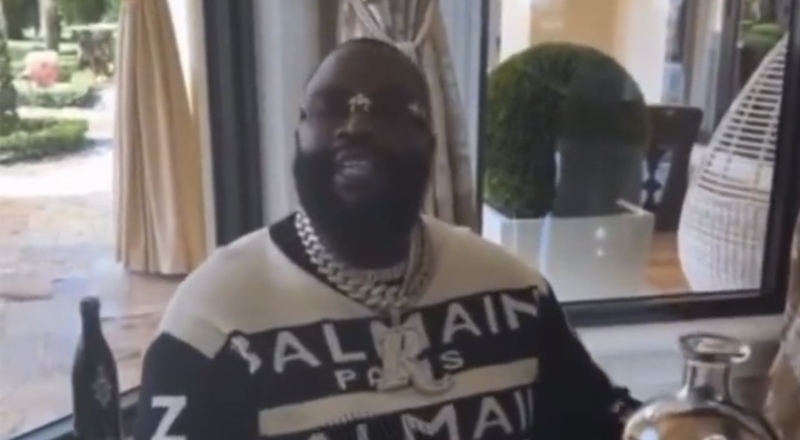 On Tuesday, Rick Ross was trending for very interesting reasons. This was due to five of his Wingstop locations in Mississippi being hit with labor violations. As a result, Ross and his family members received a $114,427 fine.

Alleged incidents at these Wingstop locations included employees having to illegally pay for training, uniforms, safety training, background checks, and cash register shortages. The fines were for back wages, liquidated damages and civil penalties. These were filed against Boss Wing Enterprises.

Now, Ross is speaking out about these incidents and fines, and is making it known that accountability should be the lesson, in this situation. He took to Instagram to post a video of himself discussing the aftermath of the fines, against his Wingstop restaurants.

”I’ma take time to address something. When you running a business, there will be mistakes. But as the biggest boss, you never make the same mistake twice. You see, accountability. Taking accountability is big when you’re the biggest. And remember this: most successful people don’t take stumbling as a setback but actually, a stepping stone to greater things, you heard me? Let’s be great.”

More in Hip Hop News
Orlando Brown trends for claiming he and Diddy had an affair [VIDEO]
Tyga rumored to be dating Selena Gomez, after their group of friends hung out, in LA