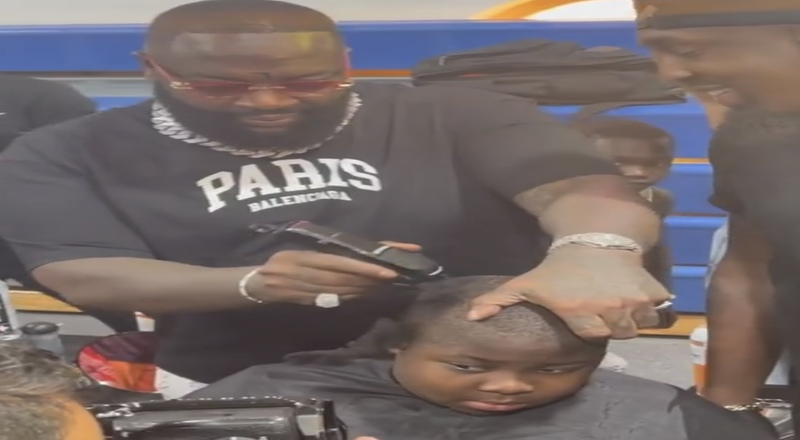 Rick Ross has been going viral on social media, for many different Instagram stories. He’s shown off the various animals and luxurious amenities, at his huge Georgia estate. Now, Ross is trending for his appearance at a recent back to school event.

Ross was seen cutting a boy’s hair, as many viewers were hoping that he wouldn’t cause any harm to the boy’s haircut. Ross was seen with all smiles in the video, as the boy had a concerned facial expression. As far a Ross though, he appeared to be confident in how he was cutting the hair.

Ross revealed that this event was held in his hometown of Miami. He called his barbershop skills being at the “Boss Barbershop.” Foot Locker and the City of Miami Gardens sponsored the event. Ross went on to happily take photos with other fans, to kick off the back to school festivities.

Back in January, Ross also released his 11th studio album, “Richer Than I Ever Been.” This was led by singles such as “Little Havana” featuring The Dream and Willie Falcon and “Outlawz” featuring 21 Savage and Jazmine Sullivan. Wiz Khalifa, Wale, Future, Benny The Butcher, and more were included.

Check out Rick Ross cutting boy’s hair at a back to school event, below.

Continue Reading
You may also like...
Related Topics:featured, rick ross