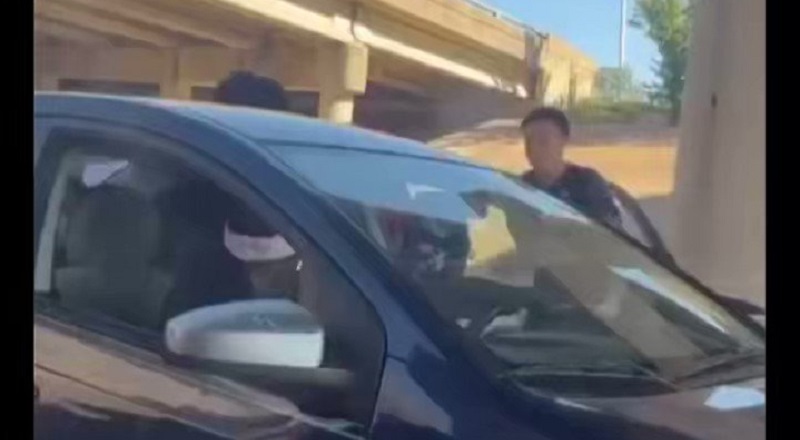 By almost all accounts, Prairie View, Texas is a quiet and small town. As a result, it is rare when Prairie View ends up making major news. However, there is a first tike for everything. In the case of Prairie View, it was road rage taken to new extremes. Now, this can be added to the other nonsense going on.

On Twitter, the actual video can be found of what took place. However, due to the graphic content, the video is not available on this website. The video begins with a group of individuals surrounding a car on the freeway. After that, they drag the man out of the car, and they begin to mercilessly hit him. For some reason, the people decide to use their weapons. As a result, shots were fired, leading to the victim fleeing the scene.

More in Hip Hop News
Monica shows off her Halloween costume, dressed up as Left Eye’s mugshot, when Left Eye was arrested for burning Andre Rison’s house down [PHOTOS]
Diddy nearly gets into a fight with Michael Ferguson, aka 2Bit from “Power,” while dressed as The Joker [VIDEO]